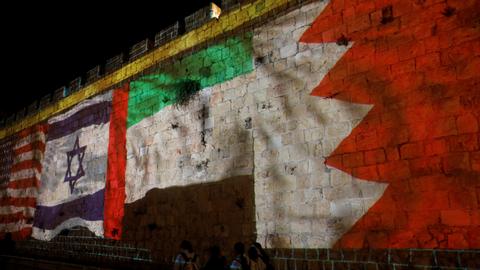 September 23, 2020 (KHARTOUM) – Sudan and the U.S. concluded without success talks on its removal from the terror blacklist and normalisation with Israel in return of significant economic support.

The U.S. administration sought to bring Sudan to normalize relations with Israel as part of Trump plan for peace and regional stability in the Middle East ahead of the presidential elections in November.

Reliable sources told Sudan Tribune on Wednesday, that the negotiations on Israel which involved the Chairman of the Sovereign Council, Abdel Fattah al-Burhan and Minister of Justice Nasr al-Din Abdel Bari, stalled after American officials refused to make a firm commitment to specific timetables to provide aid to Sudan and remove it from the terrorism list without conditions.

U.S. officials pledged to finalize things in the near future without committing themselves to any schedule. The Sudanese delegation also made clear their demands but their interlocutors did not want to give firm responses.

The Sudanese delegation detailed its demand for $10 billion economic aid over the next few years and also requested that Sudan should be delisted as soon as possible and to mobilise support to restore Sudan’s sovereign immunities by Congress.

Following al-Burhan’s return to the Sudanese capital, the Sovereignty Council issued a statement saying that the Sudanese delegation had “frank and serious” talks with the American side and tackled issues of common interest.

The discussions dealt with several issues including “rescinding Sudan’s state sponsor of terrorism designation, and other restrictions imposed by the United States on Sudanese citizens, such as banning Sudanese from taking part in the visa lottery programme, the Darfur Peace Act, among others”.

The statement further said that “the outcome of the talks will be presented to the transitional bodies to discuss them and reach a common vision that fulfils the interests and aspirations of the Sudanese people.”

The Sudanese government is divided about the normalization of the normalization however al—Burhan and Prime Minister reached a joint understanding that they would normalize with Israel if it could serve the national interests.

On the terror list, Sudan during a year negotiated with the American victims of several terror attacks. However, some key Democratic Senators say that demands of 9/11 attacks must be addressed despite no judgment being rendered against Sudan.