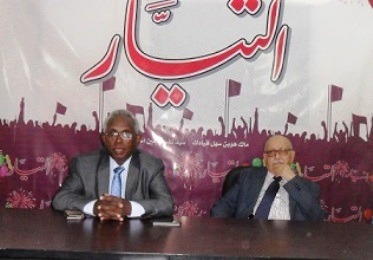 Al-Tayar’s journalists think that the closure is a punishment for an editorial in which Editor in chief Mirghani criticized the finance minister’s announcement of caps on subsidies for fuel, electricity and wheat, and called for the minister’s resignation. The newspaper also quoted the minister as describing Sudan as a “consuming and non-productive nation.”

Mirghani who announced the closure reported that the day before he had already received a phone call from a NISS officer ordering him not to print the latest issue. When he did not comply, the issues were seized by NISS personnel the same day, again without any reason being given.

“This arbitrary closure is extremely worrying,” said Cléa Kahn-Sriber, the head of RSF’s Africa desk. “At a time when the national dialogue that started last October is supposed to be addressing Sudan’s economic and security issues, such censorship measures just reinforce doubts about the government’s food faith. We call for Al-Tayar to be reopened at once so that it can continue providing the public with news coverage, including coverage of economic policy.”

Attacks against this independent paper are neither rare nor new. According to Al-Tayar’s editor, eight issues of the newspaper have been confiscated since the start of the year, four of them in February alone.

The NISS already closed Al-Tayar in 2012 after it criticised the agency’s electronic spying on opposition parties and published a report on corruption in state agencies. It was not allowed to reopen until May 2014, after winning a lawsuit against the NISS.

The NISS often seizes entire newspaper issues either to suppress a news story or to punish a newspaper for an already published story. International public opinion was alarmed by the spectacular seizure of 14 newspaper issues in one fell swoop in February.

Such seizures inflict terrible losses on the newspapers, which incur the costs of printing the issue without recovering anything from sales.

The NISS had shown restraint in recent months, seizing no newspaper issue since 20 September. Sudanese media experts attributed this to a desire to help smooth the way for the National Dialogue that began in October and is due to end in January. Source: reporterswithoutborders