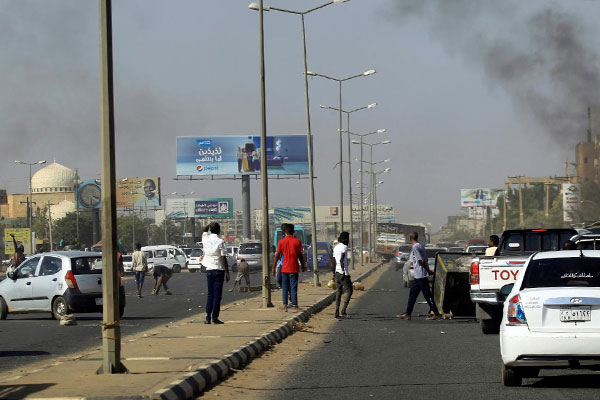 A Sudanese court has sentenced a journalist to three months in prison for violating a state law.

Adam Mahdi, a freelance reporter, has been covering the unrest in south Darfur city of Nyala and was arrested on January 27.

The charges against him have not been made known to both his family and lawyer.

He was jailed at Nyala Central Prison, according to a local Radio Dabanga.

President Omar al-Bashir introduced an emergency law to prevent journalists and activists from reporting the ongoing protests against his government in an attempt to minimise coverage.

The president accuses media of exaggerating news on the unrests that have rocked the country for nearly two months now.

Several journalists have been detained and six foreign correspondents have had their accreditation withdrawn.

The Committee to Protect Journalists (CPJ) has called on President Bashir to release all the detained journalists, accusing his government of stifling the media.

The protests started on December 19 following a rise in bread prices but quickly turned violent after protesters demanded Bashir’s exit.

Officials say 30 people have died in the violence, while rights groups put the death toll at more than 40 people.

Neighbouring South Sudan has banned media houses from covering the turmoil saying it was an internal problem in the north.

Bashir, in power since 1989, is wanted by the Hague-based International Criminal Court (ICC) for war crimes in Darfur, which he denies.