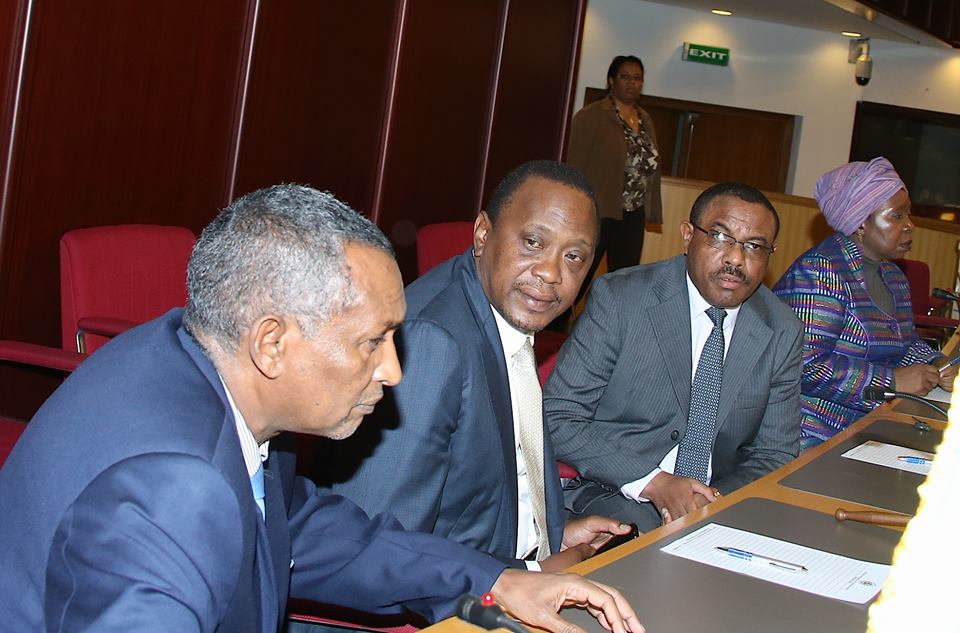 President Salva Kiir only initialed the agreement, an international signal for commitment, pledging to iron out outstanding issues in 15 days before appending his signature.

Ruto G Mutai “opinion” – Tell them sir, Africa is a continent with a brighter future a head however seem dark from the sky, it is much greater than their own differences, however much they may center their interest at the sacrifice of our own brothers and sisters we can’t sit and watch. Before the west comes in with their interest too we will take charge. Too unfortunately they may have failed to be Patriot. Congratulations for your tirelessly effort His Excellence Uhuru Kenyatta.

Photo: IGAD Summit meeting on the peace process in South Sudan, without Djibouti and Somalia leaders.