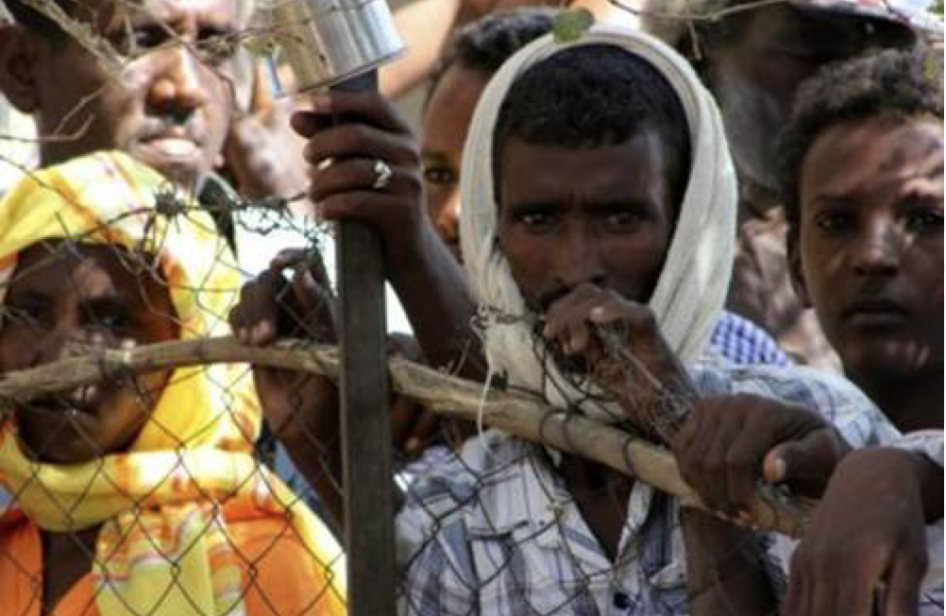 “Sudan is arresting and forcing Eritreans back into the hands of a repressive government without allowing refugees to seek protection,” said Gerry Simpson, senior refugee researcher and advocate at Human Rights Watch. “Sudan should be working with the UN refugee agency to protect these people, not send them back to face abuse.”

Eritrea, ruled by an extremely repressive government, requires all citizens under 50 to serve in national or military service indefinitely, often years longer than the 18 months authorized by law. Anyone of draft age leaving the country without permission is perceived to be a deserter, risking imprisonment in often inhumane conditions, as well as forced labor and torture. UNHCRconsiders the punishment so severe and disproportionate that it constitutes persecution and a basis on which to grant refugee status.

For years, Ethiopia’s extensive restrictions on free speech and political rights, as well as intermittent crackdowns on protest movements, have caused citizens to flee arbitrary detention, torture and politically motivated prosecutions. Since November, security forces have killed hundreds of students and others during protests throughout Oromia state. Thousands of people are believed to have fled into neighboring countries, including Sudan, because of abuses associated with the crackdown.

International law forbids countries from deporting asylum seekers without first allowing them to apply for asylum and considering their cases. This right applies regardless of how asylum seekers enter a country or how long they have been in a country before claiming asylum. International law also prohibits the deportation, return, or forced expulsion of anyone to a place where they face a real risk to their life, or of torture or ill-treatment.

According to UNHCR, on May 6 the Sudanese authorities arrested 377 people in the Sudanese border town of Dongola as they tried to cross to Libya. Among them were the 313 Eritreans, including six who had already registered as refugees in Sudan, and 64 Ethiopians, none of whom were registered refugees. All were tried and convicted of “illegal entry” into Sudan. Sudan deported the Eritreans, including 14 children, on May 22, and continues to detain the Ethiopians.

A credible source said UNHCR asked the Sudanese authorities for access to the group, but that the request was denied.

Sudanese authorities are entitled to arrest and question Eritreans and other foreign nationals not registered as asylum seekers or who do not have other legal status in Sudan, Human Rights Watch said. However, Sudan is obliged to allow Eritreans and others to lodge asylum claims in Sudan at any time, even if they have already been in the country for some time, and to fairly review those claims.

UNHCR also confirmed that a few days earlier, the Sudanese authorities deported 129 Eritreans to their country. Other sources told Human Rights Watch the group was deported on May 17. A well-known Eritrean activist in Sweden told Human Rights Watch that on May 7, an Eritrean man contacted her and said that his sister and about 130 other Eritreans who had left Eritrea on May 3 had been intercepted and imprisoned by Sudanese security.

The man said that after his sister stopped calling him, he called the Eritrean Embassy in Sudan on May 17 and was told that the Sudanese authorities had deported the group to Eritrea that morning. The man’s mother also told her son and the activist that her daughter and an unspecified number of other people had been deported from Sudan and detained in a rehabilitation prison in the Eritrean border town of Tesseney.

No international agencies are able to monitor the treatment of Eritreans deported to Eritrea or Ethiopia.

According to UN and other sources, throughout 2015 and 2016 between 3,000 and 4,000 Eritreans fled their country each month and claimed asylum in Ethiopia’s and Sudan’s refugee camps, where all but a very small number of refugees are required to live. However, the camp population remained more or less static during that time, indicating that the same number had left the camps.

Thousands of Eritreans use smugglers every year to travel from Eritrea through Ethiopia and Sudan to Libya and Egypt, from where many then try to reach the European Union by boat. Human Rights Watch has documented that thousands were kidnapped and torturedfor ransom in Egypt’s Sinai Peninsula between 2010 and 2013, in some cases with the collusion of Sudanese and Egyptian security officials.

The EU is in the early stages of working with Sudan and other African countries to tighten their border controls, tackle refugee and migrant smuggling, and improve the lives of potential migrants in those countries. Sudan has said it welcomed the effort, though Human Rights Watch expressed concern about whether Sudan will respect the rights of refugees. Sudan’s security forces have been responsible for war crimes and crimes against humanity in Darfur and other conflict areas and are known for arbitrary detentions, ill-treatment, and torture of detainees.

“If Sudan wants to market itself as a refugee-rights-respecting nation, it’s going about it the wrong way,” Simpson said. “Eritreans, Ethiopians and others who want protection must be allowed full access to fair asylum procedures.”