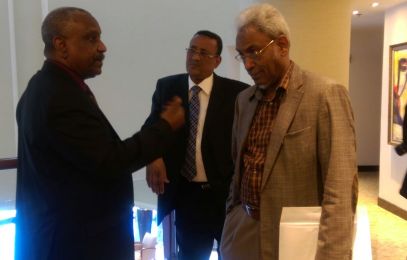 ADDIS ABABA (HAN) December 1, 2015 – Public Diplomacy and Regional Stability Initiatives News. The Sudan Government and Sudan People’s Liberation Movement – North (SPLM-N) have accused each other for responsibility of the failure of the tenth round of their talks, held in Addis Ababa last week.

The two sides met (November 19-23) under the auspices of the African Union High Level Implementation Panel (AUHIP) to discuss a cessation of hostilities and humanitarian access in South Kordofan and Blue Nile to pave the way for the SPLM-N to join the national dialogue. Despite some optimistic statements by the mediators, the talks were suspended without progress.

Presidential assistant and head of the government negotiating team, Ibrahim Mahmoud Hamid, told a meeting in Kadugli, capital of South Kordofan state, on Saturday (November 28) that the government was committed to achieve peace in the region, but he said a faction in the SPLM-N didn’t care about the conditions of civilians.

The government wants a peace agreement that leads to disarm the SPLM-N fighters; the SPLM-N insists that it keeps its troops during the transitional period of any peace implementation, arguing that the Disarmament Demobilization and Reintegration (DDR) process can take place once the agreement is fully enforced.

The government also refuses to involve the other conflicts or national issues in the peace talks with the SPLM-N. These, it says, will be discussed at the national dialogue conference. The SPLM-N said it would continue to negotiate for the sake of civilians in conflict areas but claims the government is not serious about reaching a political agreement.