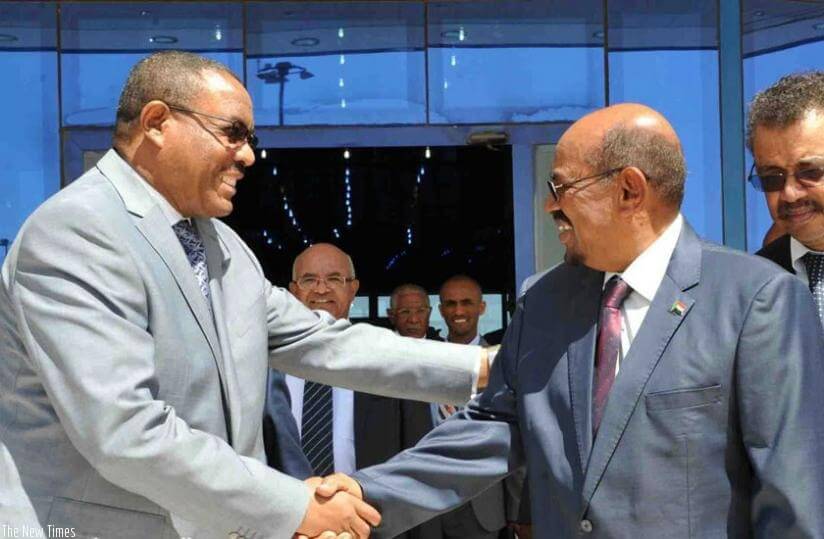 The signing ceremony took place on the sidelines of the meetings of the Joint Ethiopian Sudanese Higher Military Committee chaired by Sudan Defence Awad bin Auf and his Ethiopian counterpart Siraj Fegessa.

The agreement was signed by the head of the General Staff of the Sudanese army Lt. Gen. Imad al-Din Adawi and his Ethiopian counterpart, General Samora Mohamed Younis.

The Sudanese defence minister reiterated the importance of military and security cooperation between the two countries “to counter terrorism in all its forms”.

“The signed memorandum of understanding provides to secure the borders, the exchange of criminals, and prevent any hostile activity to the two countries, especially from the anti-peace groups,” he said in statements reported by the Ethiopian TV after the signing ceremony.

The terms “anti-peace” and “terrorism” are used in the two countries to describe rebel groups .

From his side, Minister Fegessa stressed the desire of the two countries to work together to combat terrorist activities on the common border.

“The two countries also stressed the need to develop the capacity of the joint defence forces,” he said, adding that Khartoum and Addis Ababa were able to stop cross-border crimes through coordination and cooperation.

Last March during the 14th meeting of the joint Sudanese Ethiopian technical committee in Khartoum, Sudan proposed to deploy joint border units on the border between the two countries.