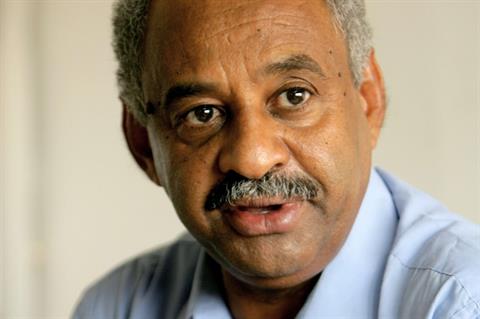 Reporters Without Borders strongly condemns the oppressive climate the Sudanese authorities are imposing on the media community. While the Constitutional Court’s decision on 5 March 2014 lifted the suspension measures taken against Al-Tayar newspaper almost two years ago, the Soudan’s National Intelligence and Security Service (NISS) has seized eleven issues of newspapers over the past week.

An NISS source, interrogated by the Sudan Tribune declared that the suspensions and confiscations of newspapers would continue unless the journalists respect the NISS’ instructions. It added that the newsrooms have been warned not to treat certain topics.

“This belated Court’s decision, does appears somewhat worthless when one considers the general climate of the press in Sudan. The declarations made by the NISS tend to show that gagging measures are likely to continue and perspectives for freedom of information seem bleak,” said Cléa Kahn-Sriber, the head of Reporters Without borders Africa Desk.

“The series of confiscations of this past week are sadly only a drop in the ocean of arbitrary measures taken by the NISS against the media in Sudan. This particular harmful strategy of seizing already printed newspapers amounts to a de facto suspension of publications without having to come up with legal motives and while condemning these papers to a slow financial agony. Another side effect of this tactic is the self-censorship editors impose on themselves in order to avoid their papers being confiscated.”

Kahn-Sriber added: “The fact that English language newspapers as well as traditionally pro-government papers have been seized lately shows that the Sudanese government is becoming more radical in its censorship. Despite President Omar al-Bashir’s call last January to respect human liberties, violations against freedom of the press are continuing. Through these practices, the Sudanese government continues to discredit itself in the eyes of its own population and of the international community. It is about time the Sudanese authorities put an end to the NISS’ arbitrary actions and take concrete measures to guarantee freedom of information.”

On 8 March 2014, the pro-government newspaper Al Hurra, was confiscated for the fourth time in six days.

On 5 March 2014, the Constitutional Court had cancelled the suspension until further notice of Al Tayar, ordered by NISS on 12 June 2012. While the motives for the suspension were never made official, a series of articles concerning corruption cases in the Cottons Group company are likely to have triggered the measure. The very same day, three newspapers were prevented from coming out : the copies of Al Hurra and Elaph, an independent newspaper focusing on economic issues , were seized, while Citizen, an English-language paper was forbidden from printing. Elaph had already been confiscated without official motivation by the INSS on 26 February.

On Tuesday 4 March 2014 already, NISS had seized Al Jareed , Akhir Lahza and Al Sudani newspapers, which had already been confiscated earlier on 1st March. The day before, on 3 March, the copies of Al Sudani had been seized as well as that of Al Hurra and Al Ahram Al Youm. The intelligence services also had forbidden the columnist Haidar Kheirallah from writing until further notice.

Several Sudanese media defence groups have denounced these multiple suspensions. Since the beginning of the year, the Sudanese authorities seem to have taken a hardened stance against the media, even targeting media traditionally known to be pro-government. According to these groups, the “red line” issues have multiplied over the past few months, making the journalists’ work even more difficult than before. It is impossible namely to talk about the military actions undertaken against dissident groups in Darfur, South Kordofan or the Blue Nile region.

Reporters Without Borders has counted at least 18 confiscations or suspensions of newspapers in Sudan since January 2014.

Sudan has been ranked 172nd out of 180 countries in the 2014 Reporters Without Borders press freedom index.

For HAN & Geeska Afrika Online Contribution – A file picture taken on May 29, 2012 shows Sudanese veteran journalist and analyst Faisal Mohammed Salih speaking to AFP during an interview in Khartoum. A Sudanese court on December 22, 2013 acquitted award-winning journalist Salih of publishing lies in a column he wrote about an activist’s allegation of rape in custody.