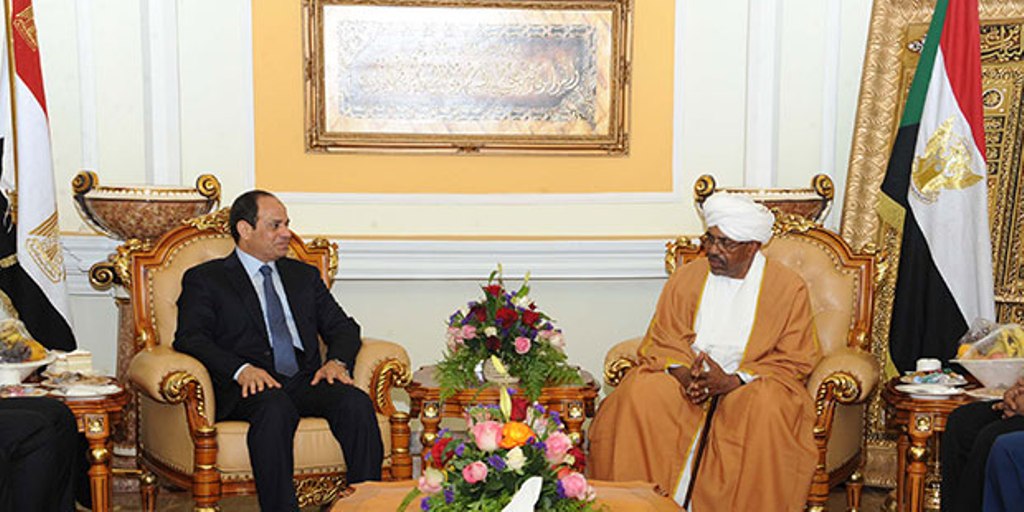 Khartoum (HAN) June 28, 2014 – Egyptian leader’s visit was welcomed by some opposed to Sudan’s leader Omar Al-Bashir, who was brought to power nearly 25 years ago after a military coup. Sudan has a complex relationship with the Muslim Brotherhood, with its members making up a large part of the government put in place by a 1989 coup. However, the group was deemed a “terrorist organisation” in Egypt in December 2013.
The Egyptian leader, Abdel Fatah al-Sisi praised the hospitality and the warm welcome he received in Khartoum during his brief visit. He also complimented the “strategic depth” between Egypt and Sudan.

“There are many fields in which we can work to serve our people,” Sisi said in a joint press conference with his Sudanese counterpart Omar Hassan al-Bashir. He added that in the near future there will be increased cooperation between both countries.

Some of Sisi’s comments during his visit provoked fierce outcry, after reports that he had described Sudan as “part of Egypt.”

“We consider Sudan part of Egypt, and there are developments in the region that demand co-ordination to achieve shared benefits,” Lebanese television channel al-Meyadeen reported Sisi as saying.
Egypt are trying to build a regional alliance to fight Islamic terrorism and coordinate a game plane with Ethiopian Electricity dam; another analyst suggested that Nile water could have been at the heart of talks between the leaders of Sudan and Egypt.
Egyptian leader and Sudans president Omar Al-Bashir discussed a number of topics, “most important among them the Renaissance Dam”.

Twitter quote, “”Egyptian President Sisi is in Khartoum. May God help you in the path to deposing the Muslim Brotherhood regime in Sudan. Hello and welcome to Egypt’s pious president.””

According to Hani Ruslan, director of Sudan’s Studies Unit at al-Ahram Centre for Strategic Studies, Sudan had until now been “supportive” of Ethiopia’s right to build the dam, but since Sisi’s accession they have conceded to “look into the issue again.”

Egypt and Ethiopia reportedly signed a deal regarding the controversial dam on Thursday as part of an African Union summit in Malabo, capital of Equatorial Guinea.

Details of the agreement were announced in a joint press conference by the Egyptian Foreign Minister Samih Shukry and his Ethiopian counterpart Tedros Ghebreyesus on Friday.