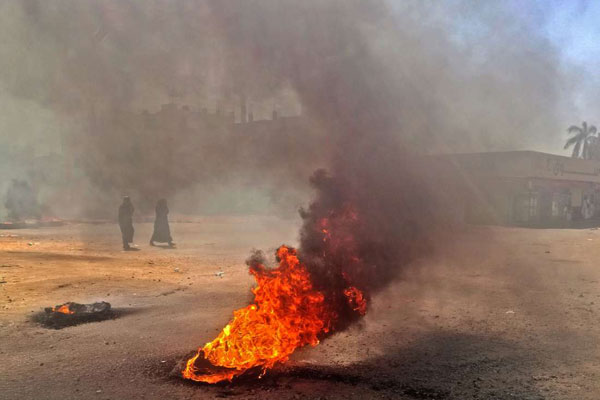 The EastAfrican has learnt that the volumes of coffee exports from Uganda to Sudan have “dropped drastically” since June 2018.

Industry sources said that the figures worsened in November last year when Uganda exported only 700 bags of coffee to Khartoum, though in December this figure improved to 10,500 bags.

“Perhaps the figures will climb back this month, and they could double, but we cannot be sure,” said Laura Walusimbi, the spokesperson of Uganda Coffee Development Authority (UCDA).

The latest export figures are a far cry from the average of 66,600 bags exported to Sudan monthly in previous years, translating into 0.8 million bags annually, making Sudan the leading importer of Ugandan coffee on the continent.

“They are not buying from Uganda, primarily because of restrictions on finances,” said Suresh Iyer, the branch manager of Olam Uganda Ltd, one of the major coffee exporting companies.

“The government has put restrictions on how much forex goes out, so the importers are constrained on that side,” Mr Iyer said, adding that the local currency has also depreciated, exchanging at 47.5 Sudanese pounds to the dollar.

If economic woes and the growing social unrest persist, Sudan — which accounts for up to 17 percent of Uganda’s coffee exports annually — could well determine how the country’s leading commodity export fares this financial year.

“Sudan is a big market for us, so technically no exporter in Uganda can say they are unaffected by what is happening there, except small traders who go in and sell small volumes quickly. But for the biggest exporters with big volumes, this is a problem,” Mr Iyer explained.

Mr Iyer said the coffee export industry is counting on the regime in Khartoum to quickly resolve the situation to see that the country has sufficient stocks of coffee as the Islamic holy month of Ramadan approaches in three months’ time and later, Eid El Fitr celebrations mid this year.

Last December, mass protests against President Omar al-Bashir’s three-decade rule erupted in Khartoum over the country’s spiralling economic woes that have over the past year seen inflation rates spike to the third highest in the world.

Shortages of basic commodities such as bread — the most consumed food item — are reported to be critical, while petrol stations have also run out of fuel.

Last month, Foreign Policy Magazine reported that in response to the growing crisis, the embattled al-Bashir regime responded by setting low upper limits on withdrawals from automated teller machines and bank accounts, which disrupted businesses and blocked workers from accessing their salaries and savings.

“There is an immediate demand for bread, gas, cash and medical treatment, but there is also an abstract need for reclamation of dignity and national pride from a government that has provided neither,” Foreign Policy Magazine reported.

Exporters from Uganda agree that with limits on how much money one can withdraw and even forex running out, “exports to Sudan face an uncertain future, unless the situation improves soon.”

The economic woes facing Sudan are a result of sanctions imposed on Khartoum by the United States in 1997, and only removed two years ago.

However, the regime managed to weather the sanctions largely because it had oil revenue.

But with South Sudan getting Independence in 2011, and taking with it over 80 percent of the oil fields, Khartoum was starved of revenue, while in recent years, its Gulf States allies have also not given al-Bashir enough money to maintain his grip on power.

Although Uganda has worked to build new export markets like China, Russia, Japan and North African countries in recent years, these have not grown to overtake Sudan as its biggest coffee market in Africa, industry sources reveal.

Exporters are now hoping that the European Union can take up more volumes, but are also looking to new markets like Morocco and Algeria.

If the new markets fail to take up large volumes in the near future, it could impact Uganda’s earnings from coffee exports.

A UCDA report for December 2018 shows that the country exported 4.17 million bags, fetching $436 million compared with 4.77 million bags in the previous year, which earned the country $555 million.

This represents a 12.58 per cent and 21.30 per cent reduction in both quantity and value of coffee exports respectively, a drop attributed to low global prices on account of higher crop yields in Brazil which affected export prices and high stocks at exporter and farm level, the report explains.

Besides Uganda, South Sudan’s fragile economy that is over 90 per cent dependent on oil, could also be hurt by the protests and economic woes in Khartoum are a concern, although for now they have not yet disrupted operations of the oil producing companies.