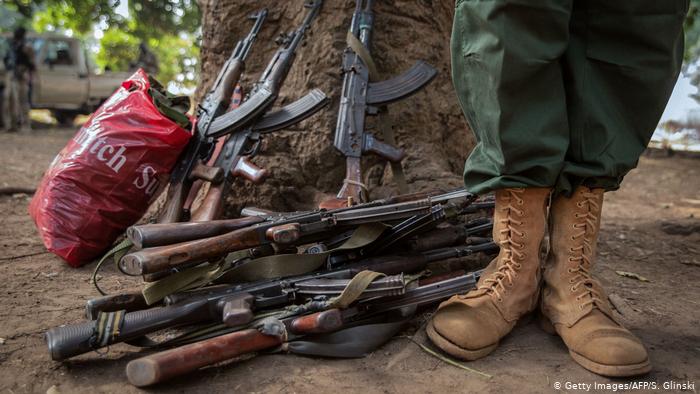 KHARTOUM- The Sudanese army on Tuesday launched the destruction of 300,000 illegal firearms collected during disarmament campaigns in the country over the past years.

The operation was carried out on Tuesday in Hajar Alasal military base of the Nile State about 200 km north of Khartoum in presence of Lt Gen Ibrahim Jabir Ibrahim, a member of the Sovereign Council, Gen Ibrahim Yassen Defence Minister, Idris Dafa Allah Interior Minister and a number of ambassadors as well as representatives of international and regional organizations.

Ibrahim Jabir said that the army carried out three phases of the disarmament which culminated in the destruction of 300,000 unlicensed arms.

He further said that the fourth phase of the forcible arms collection will be accompanied by very strict measures to prevent the possession of guns or ammunition except by the regular forces.

Thousands of firearms collected over the past three years were destroyed in a controlled explosion by the army to launch the destruction campaign.

In August 2017, the Sudanese government launched a six-month disarmament campaign to eliminate illegal weapons in the conflict-affected areas in Sudan, particularly in Darfur region.

The proliferation of illegal arms ignited intercommunal clashes and displacement of civilians in Darfur.

Jabir called on the international community to provide Sudan with needed technical support, especially that Sudan is a vast country surrounded by many countries, which requires coordination with it, as he said.

For his part, Major General Abdel Hadi Abdallah Osman, the rapporteur of the Higher Committee for Weapon Collection, said that the cost of the first three stages amounted to $40 million, and called on the international community to contribute to the next stage.