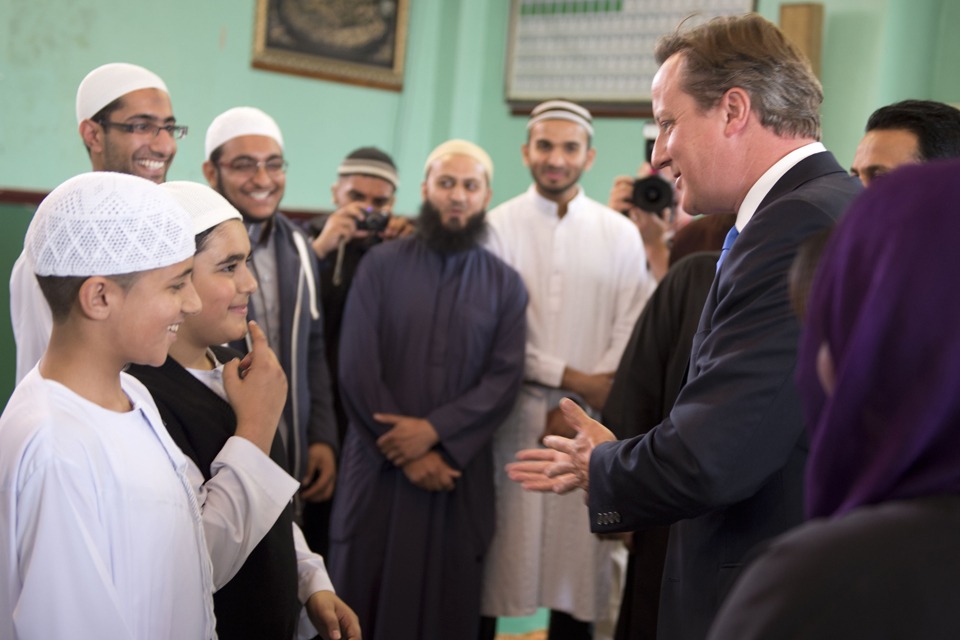 Khartoum (HAN) January 20, 2015- Public diplomacy with Religious Faith and political Issues News.  The British prime minister David Cameron has defended a letter urging senior Muslims to explain how Islam “can be part of British identity”, amid criticism from leaders.

The Muslim Council of Britain (MCB) criticized some aspects of the letter, including the “implication that extremism takes place at mosques”.  Prime minister Cameron said the letter, written by Communities Secretary Eric Pickles, was “reasonable, sensible and moderate”

Meanwhile: The British prime minister Cameron responds to comments on provoking others by insulting faith, saying in free society there is right to cause offence, according to Robert Booth of The Guardian.  The British prime minister Cameron again  has contradicted the Pope Francis  over whether it is right to react with violence against insults to religious beliefs.

The  British prime minister Cameron told a US news programme that it was wrong to “wreak vengeance” if someone insulted your faith.

Speaking to journalists on a plane last week, Pope Francis had said insulting others’ faith was a step too far.

His explanation that those who provoked others by insulting their religious beliefs should expect violence came days after Islamist terrorists killed 12 people at the offices of French satirical newspaper, Charlie Hebdo, before killing four more Jewish people at a kosher supermarket. The killers claimed allegiance to Islamic State (Isis) and al-Qaida in Yemen.

Cameron was asked about the pope’s remarks in an interview with the CBS news programme Face the Nation, broadcast on Sunday. He said:

“I think in a free society, there is a right to cause offence about someone’s religion. I’m a Christian; if someone says something offensive about Jesus, I might find that offensive, but in a free society I don’t have a right to wreak vengeance on them. We have to accept that newspapers, magazines, can publish things that are offensive to some, as long as it’s within the law. That is what we should defend.”