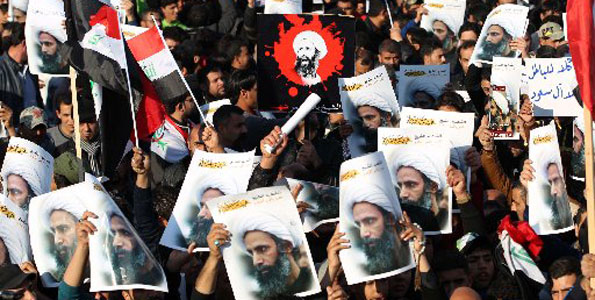 KHARTOUM (HAN) January 5, 2016 – Public Diplomacy and Regional Stability Initiatives News. Sudan has announced the cutting off of diplomatic relations with Iran, joining the Saudi-led camp amid the current high tension in the Middle East following the execution of a prominent Shi’ite religious leader in Saudi Arabia.

The Sudanese ministry of foreign affairs said in an official statement passed on to Africa Review on Monday that it had severed relations with Iran to protest the attack on the Saudi embassy in Tehran following the execution of Shi’ite leader Nimr al-Nimr.

”Sudan is strongly condemning the brutal attack on the Saudi Arabia embassy in Tehran and the Saudi consulate there; Iran has violated the international laws,” the statement said. ”We therefore decided to immediately cut diplomatic relations with Iran,” it said.

The attack on the Saudi embassy in Tehran was in protest at the execution on terrorism charges of Nimr al-Nimr, a leading cleric from the kingdom’s Shi’ite minority. Following the attack and hostile statements by Iranian Shi’ite leaders, Saudi Foreign Minister Adel al-Jubeir on Sunday announced the cutting off of diplomatic ties with Iran and ordered Iranian diplomats and dependants in Riyadh to leave within 48 hours.

Sudan has of late dramatically done a U-turn over its once close relationship with Iran, joining the Saudi-led military intervention in Yemen against the Iranian-backed Shi’ite Houthi militants in Yemen.