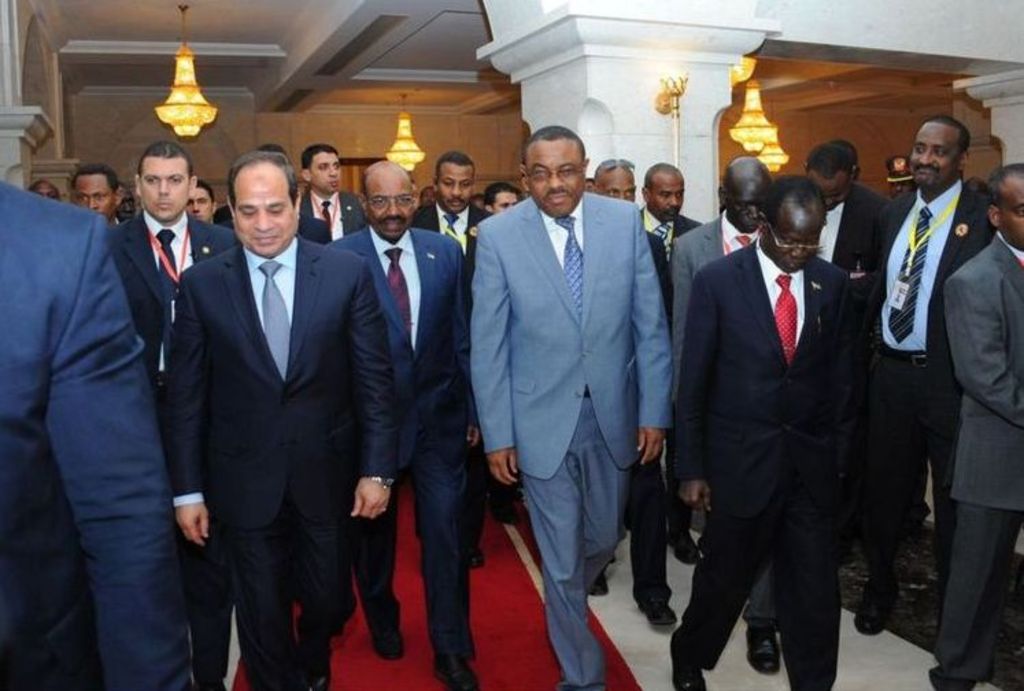 Cairo (HAN) 31st August, 2017 – Public Diplomacy & Regional Infrastructure Investment. By. MENNA ZAKI, Associated Press. A longstanding border dispute between Egypt and Sudan could isolate Cairo in negotiations over sharing the Nile as Ethiopia presses ahead with the construction of a large upstream dam.

Sudanese Foreign Minister Ibrahim Ghandour said this week that the decades-old dispute over the Halayeb Triangle, which is held by Egypt but claimed by Khartoum, is a “thorn in the side of relations” between the two countries.

In remarks to Sudan’s Ashorooq TV, he said Egypt’s refusal to submit the dispute to international arbitration supports Sudan’s claim to the desert region.

Egypt has expressed increasing concern in recent years over the dam project in Ethiopia, fearing it could reduce its share of the Nile. The Blue Nile, the river’s main tributary, which accounts for some 80 percent of the river’s volume, originates in Ethiopia’s highlands before merging with the White Nile in Khartoum.

The Nile provides nearly all of Egypt’s freshwater and much of its electricity.

Ethiopia says its dam would have no negative impact on Egypt or Sudan, and argues it is vital for its development.

Sudan is believed to be moving closer to Ethiopia, perhaps hoping to secure cheap electricity from the new hydroelectric project. Sudan first submitted a complaint against Egypt over the Halayeb Triangle to the U.N. Security Council in 1958, claiming sovereignty over the area. It renews the complaint annually.