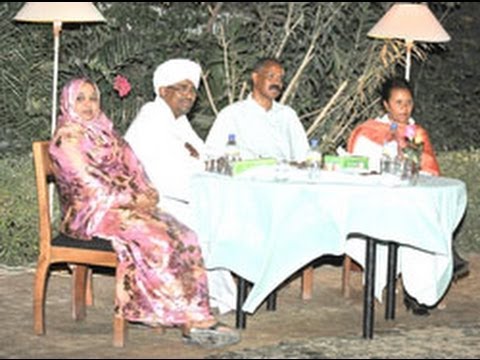 Khartoum (HAN) October 2, 2015 – Public Diplomacy and Regional Investment Initiative News. According to sudantribune, the Sudanese President Omer Hassan al-Bashir affirmed the strength of his country’s relations with Eritrea and praised bilateral cooperation in the wake of reports on silent tensions between the two sides after Khartoum repatriated hundreds of Ethiopian opposition members from Eritrea.

Bashir met in on Thursday with the Eritrean Minister of Finance Berhane Habtemariam Khartoum who explained that the meeting discussed strengthening cooperation between the two countries and increasing trade volumes as well as linking the two countries by roads to bolster trade.

The meeting is the first of its kind with an Eritrean official following news of clashes between Eritrean forces and a Sudanese army garrison on the borders in mid-September.

At the time the Ethiopian security services announced the return of a dissident Ethiopian general to the country with 800 rebel fighters from Eritrea and praised Sudan for securing their repatriation and its role in resolving the crisis describing it as a “historic” one “that they will never forget”.

The statement said that Sudanese forces “strongly responded” to attempts by the Eritrean authorities to hunt Asdedom’s fighters inside the Sudanese territory, adding that the latter received all the needed logistical and humanitarian support from the Sudanese army.

Neither the Sudanese nor the Eritrean side commented on the announcement by Addis Ababa.

They also discussed cross-border trade and the possibility of establishing a free trade zone to encourage movement of capital and facilitate trade.