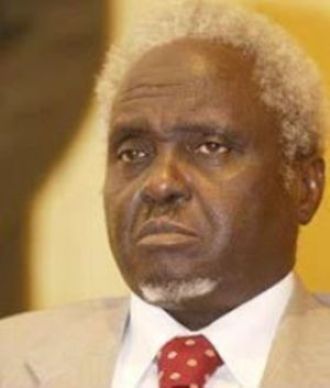 “I learned from the Secretariat that a force from the Public Prosecution came, with a warrant against us, he said in a statement before his arrest.

“We are accused of taking hostile action against the state. This case is not new and expected at any time, a purely political issue, and a political plot, but we have complied with the order and now we will go to the prosecution,” he added.

The PCP was established after a split within the National Congress Party in 1999 on the backdrop of a difference between its founder Hassan al-Turabi and several Islamists led by al-Bashir.

On November 12, the coordinator of the Legal Committee for the ruling coalition Forces for Freedom and Change (FFC) Mohamed Hassan Arabi, said that the criminal prosecution had launched the investigation into the 1989 coup and ordered to arrest all members of the military command council of the coup.

Arabi, further, said that Ali al-Haj and al-Sanusi were among those who are facing arrest warrants.

The party confirmed that al-Haj was transferred to Kober Prison until the start of the investigation.

For his part, the political secretary of the popular, Idris Suleiman, described the prosecution as politicized and considered he legal action against al-Haj “Whatever its form” violates the freedoms and justice and customs and traditions of the Sudanese people.

The transitional government has been criticized for the slow pace of legal measures against the Islamist who seized power for 30 years.