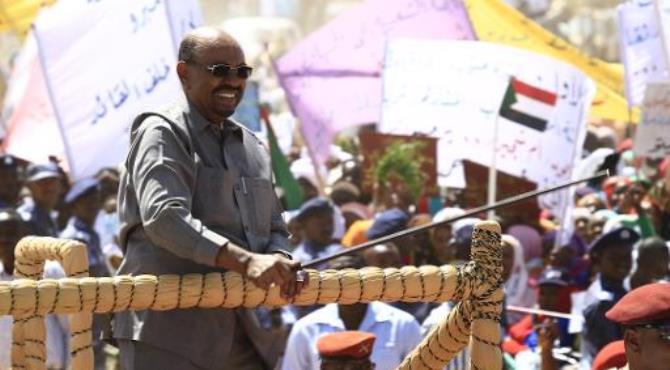 EL-FASHER (HAN) July 20.2016. Public Diplomacy & Regional Security News.  North Darfur government Tuesday announced the postponement of the visit of President Omer al-Bahsir, the Emir of Qatari and Chad’s President to El Fasher to mark the completion of the Doha Document for Peace in Darfur (DDPD).Earlier this month, it was announced that the Chadian President, Idriss Deby, and the Emir of Qatar, Tamim bin Hamad Al-Thani, would attend celebrations to mark the completion of the DDPD, which will be held in North Darfur capital, El Fasher, set for the 20th of July.

North Darfur State Minister of Urban Planning and the head of celebration committee, Mohamed Kamal al-Din Abu Shouk, on Tuesday announced that the visit has been adjourned to a date to bet fixed later; pointing that El-Fasher locality has approved the celebration’s budget.

Sudan Tribune learnt that Presidential Palace has informed North Darfur State government that the visit has been postponed.

Speculations circulating in El-Fasher suggest that the visit has been delayed because of the visit of Palestinian President Mahmoud Abas Abu Mazen who started Tuesday a three days visit to Khartoum.

The government of North Darfur state, which hosts the celebrations, has announced the participation of Emir of Qatar Tamim bin Hamad Al-Thani, as well.

Last week, the spokesperson of the government of North Darfur Abdel-Karim Khalifa said that the visit comes in the context of celebrating the end of the mandate of the Darfur Regional Authority (DRA), and to inaugurate the new mechanism tasked with the completion of DDPD remaining matters.

In June 2016 following a meeting of the High Committee for Peace in Darfur chaired by President Omer al-Bashir, the Sudanese government announced the dissolution of Darfur Regional Authority and Darfur Peace Implementation Office.

The said meeting decided to establish an administration attached to the Presidency of the Republic, to run the activities of the DRA five commissions. No Presidential decreases were announced waiting for the end of DRA term in July.

However, the meeting agreed to maintain the High Committee for Peace in Darfur headed by President Omer al Bashir and the International Committee for DDPD Implementation Follow-Up headed by Qatar.

The regional body had a four-year mandate to implement the framework peace document. However, the DRA term was extended up to July 2016, by a presidential decree in 2015.

The Darfur Regional Authority was established in line with the Doha text for Peace in Darfur (DDPD), which was signed in July 2011, by the Government of Sudan and Liberation and Justice Movement, chaired by Tijani al-Sissi. (ST)