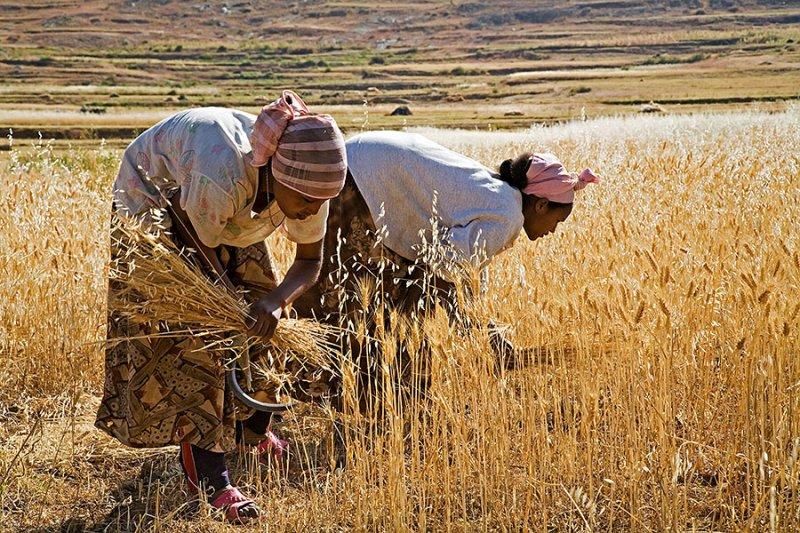 Mr. Oqbay Tela, an exemplary farmer in Gash Barka region, owns a big farm that produces mainly vegetables and fruits. He has become a successful farmer with dauntless efforts and hard work. Unlike many who give up after a few attempts, Mr. Oqbay patiently turned the land that was given to him into fertile land. He has worked on it for over seven years now. Mr. Oqbay is also an outstanding environmentalist, known for his devotion to planting trees and conserving water and soil. He has so far received four awards for his hard work at his farmland and his devotion to afforestation. 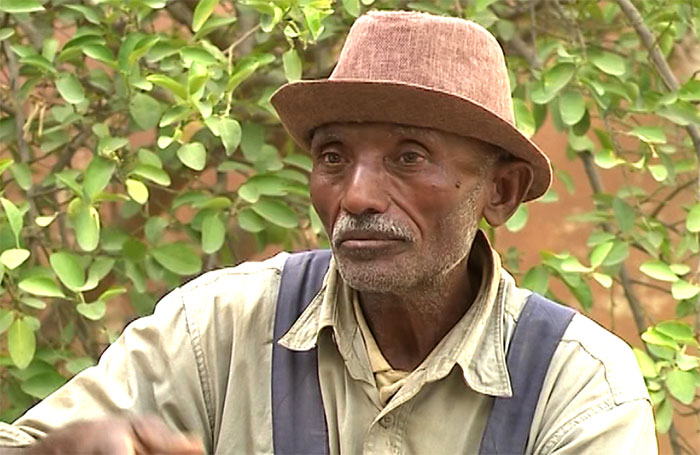 Mr.Oqbay, thank you for being with us today.

You are most welcome; I should thank you for inviting me to this interview.

I have heard a lot about your accomplishments and it’s really amazing. I am sure our readers would also find it amazing. Mr. Oqbay, how did you get started and get here?

As you can see, the land is a demonstration of what it used to be because you can see the precincts and tell that it had an irregular landscape, too rugged to be a farm land. Originally, the land was mostly full of hillocks, steep slopes and rocks. It was a very demanding work to level it. But with sufficient manpower and machinery from the Ministry of Agriculture (MoA), we managed to tear the hillocks and fill the 3-4m deep trenches with soil.

The area around here, which has been used as grazing land, has been overgrazed. And the salinity of the soil was another obstacle because nothing can grow with scarce water and unhealthy soil. But, thanks to all the experts who assisted us in the field, we finally turned the place into rich fertile land.

How about your source of water?

We have built five wells and one dam. Since the landscape is characterized by slopes, all we needed was build a catchment to conserve water. This was initiated with the help of MoA both materially and technically. I also went to see the terraces around Tinqulhas in Anseba region and applied many of its technical formation to the slopes here. As soil and water are the most basic necessities of farming, it was after securing both of them that we started to cultivate.

How long did it take you to reach this stage?

Well, I have worked on fixing the land for over seven years. I never gained anything and had zero products for over seven years. You do not succeed if you are not persistent. Had I given up on the land in the first few years or even the last year, then I wouldn’t be here today. Seven years is not a short time. It takes a lot of effort to avoid feelings of hopelessness because we naturally tend to give up if we don’t make an immediate progress.

So far, what have you been able to grow?

As for the amount, we are growing plants as per the MoA estimation. For example, we have maximized our products to 130 quintals of tomato, 75 quintals of Swiss chard, and 85 quintals of lettuce. The other fruits and vegetables also seem very promising.

We are still figuring out if palms are suitable, and we have seedlings of various plants, such as mangoes, papayas, lemons, oranges and guavas. We have high expectations from the seedlings as well.

Which markets do you take your supplies to?

We cannot say we have reached far, but we supply many of the nearby villages and cities. Dase, Barentu, Haykota, Mogolo, and Asheshi are by far the centers where we sell our products.

I have heard about the rewards you have won; can you say something about it?

What role do you think the MoA played in your success?

The Ministry is very cooperative and encouraging. I was and I still am being assisted by all means, but I am particularly provided information on technical knowhow of the seedlings and identifying the nature of soil and water and best practices in utilizing them. The Ministry also gives me material assistance. I keep thinking that they are the ones that deserve the awards more than anyone else.

As an outstanding farmer who started from scratch and made it big, how much do you think you impact your fellow farmers, especially those in your neighborhood? 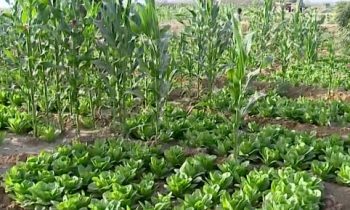 I try to openly assist anyone who seeks my help. There is this farmer in my neighborhood that has particularly captured my attention. I always watched him water his garden by carrying water from the river using jerry cans. His wife and daughter both worked hard with him; it was very encouraging. So, I once tipped him off about the village bank that lends money to farmers like us. He has done as I advised him and is now a successful farmer with his own water pump and a number of herds. Success stories like this are very pleasant to hear and empowering to me as it should be to anyone else.

What are your future plans, Mr. Oqbay?

I have very extensive plans. But generally I plan to work further, maximize my products and reap better results. Then I intend to expand my business into food processing and distributing fruit juice to our people by opening outlets. Finally, it is my dream to create green land where our herds are fed and water and soil conserved and put to good use. So, I will work harder and make sure our products go all over the country to satisfy our customers.

Most people nowadays give up easily, but I would like to remind everyone that unless you invest all that you have, you will not get the best result or maybe you will just fail. All I know is that if you work hard, you will reap the fruits of your toil. This fertile land you see now was barren, but it’s the opposite now. And for farmers like me, take my word for it, there may be a bad pers

LEAVE YOUR COMMENTS BELOW