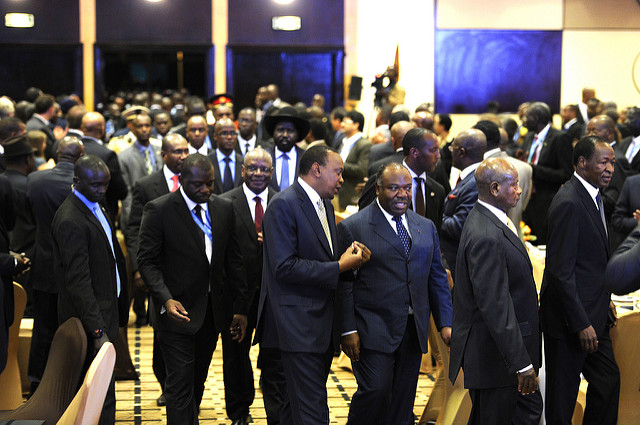 BY: Bwesigye Bwa Mwesigire. In an essay published after his death in 1982, the Ugandan poet, philosopher, lawyer, footballer and novelist Okot P’Bitek wrote:

“If there are two types of rulers in every society, that is, those who use physical force to subdue men, and those that employ beautiful things, sweet songs and funny stories, rhythm, shape and colour, to keep individuals and society sane and flourishing, then in my view, it is the artist who is the greater ruler.”

In P’Bitek’s generation, Africa’s great artists and leaders often overlapped. Leopold Senghor of Senegal, Julius Nyerere of Tanzania and Agostinho Neto of Angola, for example, were all poets and writers as well as founding presidents.

Similarly, the novelist Chinua Achebe led Biafra’s diplomatic front in the war in the late-1960s. The playwright and poet Wole Soyinka has been one of successive Nigerian governments’ most vocal critics and once founded a new political party. Ama Ata Aidoo served as Education Minister in Ghana. Ken Saro-Wiwa led the Ogoni struggle in the 1990s in the Niger Delta. And Ngugi wa Thiong’o’s outspoken political activism led to him being jailed in 1970s Kenya.

Many of Africa’s best known writers have been celebrated for their political leadership as much as their creative works.

On this front, Uganda is no different. In the 1970s, for example, playwright Robert Serumaga joined anti-Idi Amin political activities and later served as Minister of Commerce. Novelist and poet John Nagenda was appointed to the Truth Commission into human rights violations set up in 1986 and is now a senior adviser to President Museveni.

Renowned author Timothy Wangusa was an MP, Education Minister, and is now a presidential adviser. And Mary Busingye Karooro, who founded the Association of Uganda Women Writers (FEMRITE) in 1995, has been a member of parliament since 2004 and served in several senior cabinet positions.

The illustrious list is long. But looking across it, it’s quickly apparent that all these individuals are either fast-approaching retirement or have passed away. It is difficult to find any of today’s generation of writers with nearly the same political influence as their forbearers.

But none of these celebrated writers has political influence comparable to the equivalent generation a few decades ago. Even Atukunda Victoria Abigail, one writer who has actively sought to follow in Karooro’s footsteps in aspiring to become an MP, has yet to make it very far.

In the 1960s and 1970s, state publishing was thriving thanks to the East African Literature Bureau, which ensured audiences were served by local writers in both English and indigenous languages. This was complemented by the African Writers Series of Heinemann Educational Publishers, which, besides their main target market of schools and universities, also produced work for the general public.

Over time, however, the state publishing model has disappeared and publishing has fallen into the hands of the market. This has meant that today, contemporary Ugandan writers are mostly published by foreign presses, which do not see African markets as their main target.

There are a few small non-profit presses in Uganda such as FEMRITE, the African Writers Trust, and the Lantern Meet Foundation. Meanwhile, a few independent presses such as Sooo Many Stories and Mattville Publishing have emerged, and many Ugandan writers have self-published. But according to FEMRITE, to qualify as a Ugandan bestseller these days, one only needs to sell a mere 1,000 copies.

This situation has particularly affected indigenous language publishing, which has greatly declined. Whereas the likes of P’Bitek made sure to publish in their local languages, many contemporary Ugandan writers publish exclusively in English. The literary and cultural infrastructure that produces the critical acclaim today is also decidedly Anglophone and typically controlled from outside the country’s borders. The many prizes that have been lauded on Uganda’s authors, for instance, are mostly limited to works composed in English.

While there may be advantages to writing in a language spoken so widely across the world, English is not Uganda’s lingua franca. It may be the official language and the one used in the education system, but it is not the language in which business is conducted or through which voters interact with their leaders.

Political influence is about followership, and followers will not be attracted to people they do not know or to artists whose work they cannot access or consume.

Send in the clowns

While writers have declined in their domestic readership and political influence, however, there may be other kinds of artists that have stepped up to take their place. In Uganda’s 2016 parliamentary polls, for example, the popular gospel musician Judith Babirye and comedian Kato Lubwama both notably became MPs (though the latter’s election is facing a legal challenge).

This appears to be following in a broader trend across the continent in which other creative forms are gaining in political traction. For instance, musicians have been central to several popular protest movements in Africa recently, such as Y’en a Marre in Senegal and Le Balai Citoyen in Burkina Faso, while in 2009, music DJ Andry Rajoelina ascended to the presidency of Madagascar and ruled until 2014.

It makes sense that these kinds of artists may be filling the gap left by their literary counterparts. For example, in Uganda, musicians today have much larger audiences than writers due to the growth of FM stations across the country, many of which also have comedy in their programming too.

Not all musicians working in Luganda have been able to translate influence and popularity into electoral success – Daniel Kazibwe (alias Ragga Dee), for instance, lost the Kampala mayoral race despite his pedigree as a veteran singer – but musicians and comedians working in local languages seem to have been considerably more successful in electoral politics than writers in recent years.

While free market economics led to the collapse of the 1960s-70s indigenous publishing infrastructure, thereby degrading the production and circulation of Ugandan literature and the influence of writers, the same policies have had a different effect on music and comedy, facilitating growth in those now highly popular artistic industries.

This means that whereas the age of the great writer-leader may have passed, the political influence of musicians and comedians is on the up. How the shift from writers to musicians will affect the quality of Ugandan leadership remains to be seen.

Bwesigye Bwa Mwesigire is an African Leadership Centre Fellow attached to the Department of Public Law at the University of Cape Town. He is the co-founder of the Kampala based Centre for African Cultural Excellence. Follow him on twitter at @bwesigye.