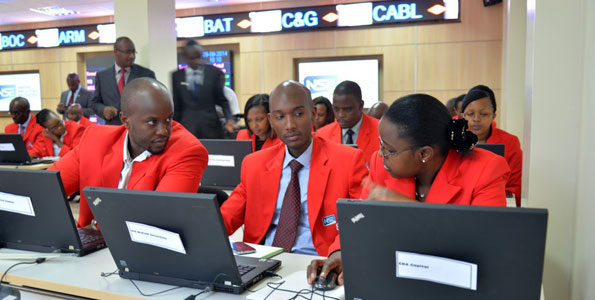 But a raft of reforms and interventions to create momentum in the capital markets, whose liquidity has come under pressure, are needed to address the capital needs of businesses, experts say.

The interventions coupled with a projected GDP growth of 4.5 per cent, according to analysts, should raise appetites for big ticket investors who had fled the region’s bearish equity markets.

“Investor education and awareness creation, introduction of market segments that are friendly to the listing of small and medium enterprises (SMEs), reforms to make regulatory frameworks able to encourage more listings and review of market fees are needed,” said senior researcher at the Kenya Capital Markets Authority Justus N Agoti.

Salma Nakiboneka, head of research and fixed income at Crested Capital, a Kampala-based financial services firm, attributes the dip in the index to the perceived political risk around the general election in February, which saw investors hold back long term investments and opt for low-risk, high-paying short-term government debt.

The $7 billion Ugandan capital market is expected to remain resilient, with fluctuations largely being determined by the performance of listed companies.

This drop on the DSE is expected to be shortlived as the markets rally in response to strong economic growth in Tanzania, projected at above 7 per cent in the fourth quarter, analysts say.

“The Tanzania capital markets are expected to largely follow a similar trajectory and have been registering an average market value of above $9.5 billion in recent months,” said Mr Agoti.

Rwanda Stock Exchange stock prices have continued falling, partly due to the strengthening of the dollar and effects of the depressed export markets.

The International Monetary Fund projects that Rwanda’s economy will grow at 6 per cent, driven by the services sector. The capital markets’ value has been averaging $4 billion.

In the case of Kenya, Mr Agoti said the country’s economy experienced a better growth environment in Q2/2016, expanding by 6.2 per cent year-on-year, compared with 5.9 per cent during the same quarter in 2015. Despite extended periods of dry weather in parts of the country, Kenya is expected to largely remain on a growth trajectory. Market capitalisation has been averaging $20 billion.

“Overall, in November and December, we do not see a significant departure in the performance of the regional capital markets from the average performances and valuations,” he said.