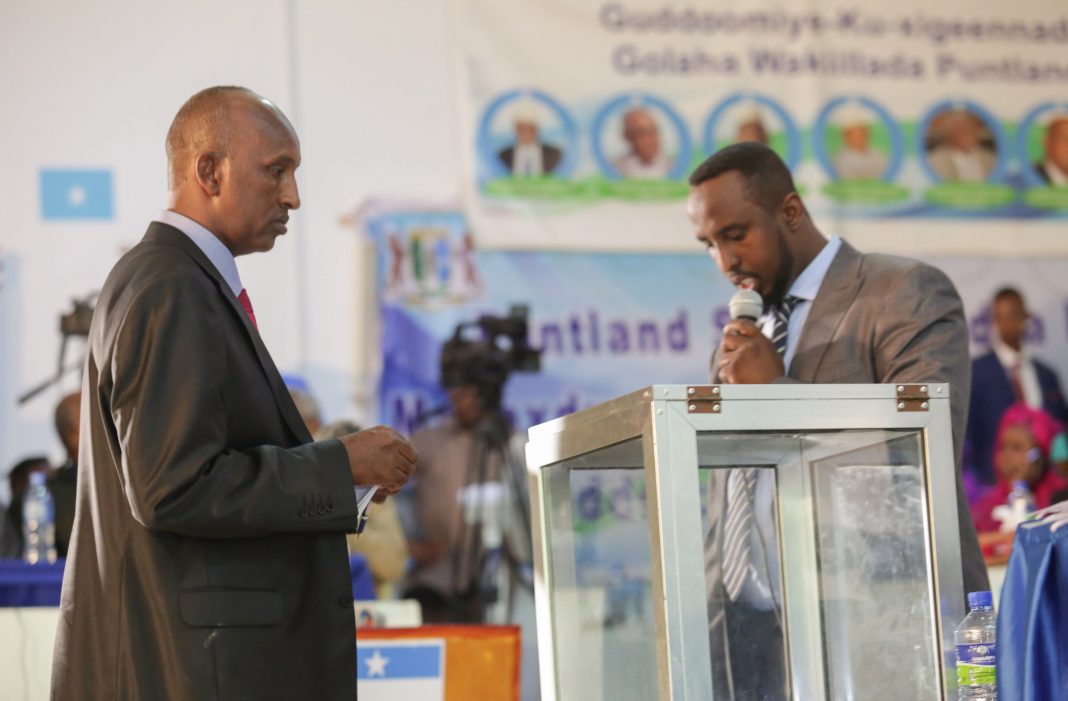 BY:MOHAMED ALI NUR. In the coming weeks, Somalia will head to a crucial presidential election that will define the country’s strategic direction as it strives to regain stability after 25 years of conflict and get ready for a one-person, one-vote election in 2020.

The election matters not only for Somali nationals in and outside the country, but also for the region and the larger international community keen to see a stable country emerge from the ashes of conflict.

Firstly, among the urgent priorities should be to speed up the rebuilding of the Somali National Forces to shoulder more responsibility in combating security challenges such as al-Shabaab. Currently, the Somali National Army is largely unable to maintain law and order on its own and has to rely heavily on the African Union Mission in Somalia (Amisom).

This is because it is ill-equipped, poorly trained and goes for months without salaries while the command structure is dysfunctional. Billions of dollars are provided by the international community every year to support Amisom operations. But a fraction of those funds would be enough to rebuild a functional local military to secure the country.

While Amisom troops have made huge sacrifices and contributions in stabilising Somalia for the past 10 years, they are not expected to stay indefinitely. Investments are urgently needed to create a unified Somali military from the security forces of regional administrations and to rebuild naval forces to deal with piracy, illegal fishing and dumping of toxic waste material in its territorial sea.

Secondly, there is an urgent need to tackle the crisis of youth unemployment as part of an overall strategy to enhance peace and stability in the country. Today, Somalia has one of the highest rates of youth unemployment in the world. This makes them vulnerable to being lured into criminal groups like al-Shabaab or pirates.

Youth below 35 constitute 74 per cent of the population and nearly two thirds prefer to leave the country for a better life abroad. Tragically, many have lost their lives while undertaking risky journeys to Europe and North America.

Somalia has abundant natural resources, including rich fertile lands and rivers (Jubba and Shabelle) that can support a vibrant and high-value agriculture and livestock sector while the maritime territory, the longest in Africa, can support a huge marine and fisheries industry. The entrepreneurial spirit of Somalis can also be tapped to create wealth and jobs.

Within a few years of focused efforts and smart investments by the government and other stakeholders, youth unemployment can be significantly reduced. Somalia imports nearly everything, including basic foodstuff, even though many of the products can be produced in the country.

Thirdly, political will and strong action are needed to deal with corruption and wastage of public resources by government officials. The impact of millions of dollars collected from taxes or contributed by donors every year is not being seen in the lives of ordinary citizens due to graft and wastage.

Fourthly, Somalia needs genuine reconciliation to overcome the emotional and psychological trauma and baggage that have accumulated over the past quarter century of conflict.

Recent attempts by successive transitional governments have not produced fruit and goodwill since they have mostly involved political and clan leaders and former warlords failed to build trust among ordinary Somalis.

Fifthly, Somalia needs to empower women. Women have seats set aside for them in the Lower and Upper houses of the legislature. This requires political will to be realised.

As one of the presidential candidates, I have a workable strategy to put Somalia firmly back on the path to stability and economic development.