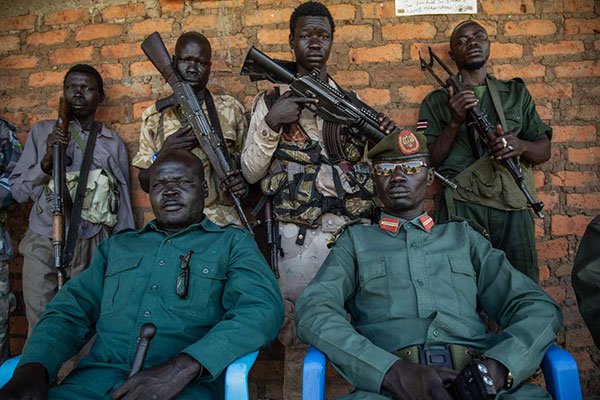 Political players in South Sudan are sending mixed signals, with a positive move to reunite the ruling party, which was splintered into three groupings, threatened by reports of fresh military build-up in Central Equatoria.

While the Former Detainees (FDs) have said that they are willing to reunite with President Salva Kiir’s faction of the Sudanese People’s Liberation Movement-In Government (SPLM-IG), Gen Thomas Cirilo — who refused to sign the September agreement — has alleged that government forces are preparing for an attack in Yei River State.

The permanent ceasefire has been respected to a large extent, while the implementation of the peace agreement signed last year is falling behind schedule.

Former South Sudan foreign minister and current leader of the FDs, Deng Alor, said on January 28 that there was an agreement to reunite the SPLM and that a joint committee to implement the reunification would be formed soon.

The South Sudan Permanent Representative to the African Union, James Morgan, told The EastAfrican that the FDs have realised that they can’t make an impact when they stand alone and it is better to rejoin the bigger group to quicken the implementation of the peace.

“How fast the reunification happens will depend on the decision of the other breakaway SPLM branches make up their minds. The FDs have just made up their minds and I think Dr Riek Machar’s faction is also on the way,” said Mr Morgan.

However, the SPLM-In Opposition representative in Kenya, James Oryema, dismissed the optimism saying that some members of FDs are opportunists and that the group is not yet united on the issue of reunification.

Jervasio Okot, a South Sudan political Analyst, told The EastAfrican that unification is a good thing because it will bring about the sense of unity of purpose, but there is concern that concentration on reunification could divert attention from the implementation of the peace agreement that is suffering from lack of finances.

“Unity as if it comes may not be based on ideology and uniformity on how the peace agreement should be implemented but could turn out to be merely an effort to return the liberation party to its former glory,” said Mr Okot.

When the civil war broke out in December 2013, the SPLM — the liberation movement that was formed in 1983 by the late Dr John Garang — split into three groups due to different views on how the party should be governed.