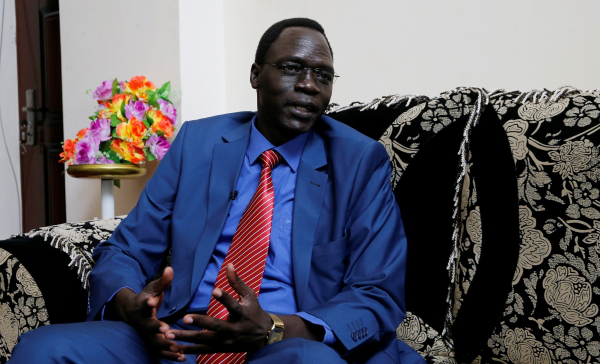 JUBA (HAN) September 12.2016. Public Diplomacy & Regional Security News. South Sudan’s armed opposition faction, the SPLM-IO, under the leadership of former First Vice President, Riek Machar, has appreciated the leaked report of the United Nations which has implicated both President Salva Kiir and his army chief, General Paul Malong Awan, for personally ordering the resumption of the recent fighting in the capital, Juba.

The excerpts of the UN report, published by the Associated Press (AP) and Reuters over the weekend, have revealed that President Kiir and Awan were responsible for the renewed violence which started at the presidential palace on 8 July between their forces and those loyal to his former first deputy, Riek Machar.

Machar with his small number of troops were dislodged from the capital and days later was replaced with his former chief negotiator, Taban Deng Gai, in a “suspicious” controversial process.

Produced by the UN panel which investigated the cause of the violence, the report also accused government forces of attacking foreign aid workers and raping their women at Terrain Hotel in Juba.

The opposition faction said it was obvious that the violence was orchestrated by President Kiir and his group.

“We appreciate that the UN has confirmed this in the report. We have been telling this truth to the world that the 8 July fighting in Juba; the attack on our leader’s residence and base at Jebel on 10 July and the subsequent attacks in the bushes hunting for him for over five weeks, were all resulting from a planned, calculated attempt by Salva Kiir and his group to eliminate him,” Machar’s spokesman, James Gatdet Dak, told Sudan Tribune on Sunday.

He said the suspected plan by Kiir was to kill Machar and dismantle the August 2015 peace agreement the two of them signed.

Dak said it was time for the UN to publish the full report for the public to know who was responsible for the renewed war in the country.

He also said the report would be used together with the African Union’s report which investigated the 15 December 2013 violence as references for future trials once the proposed hybrid court is established.

The hybrid court will try the suspected criminals responsible for the war crimes and crimes against humanity in the country.

The opposition leader’s spokesperson further commended the anticipated exposure on Monday of South Sudanese officials’ corruption, money laundering and arms deals with companies. The Sentry, a United States based organization of international experts, have announced to reveal for the first time the movement of money from South Sudanese officials and their regional and international in the crime, in a report produced after two years of investigation.

Dak said the “criminals” in Juba under the leadership of President Salva Kiir will not escape from their war crimes and crimes against humanity as well as charges for the corruptions, which he said have lagged South Sudan behind in the “stone age despite its natural riches.”

“They can run but they cannot hide. It is just a matter of time before their bitter chapter will be closed. They will surely be made accountable for the war and economic crimes they have committed,” Dak said.

The current leadership in Juba, he said, has been responsible for the endless suffering of the people of South Sudan. (ST)