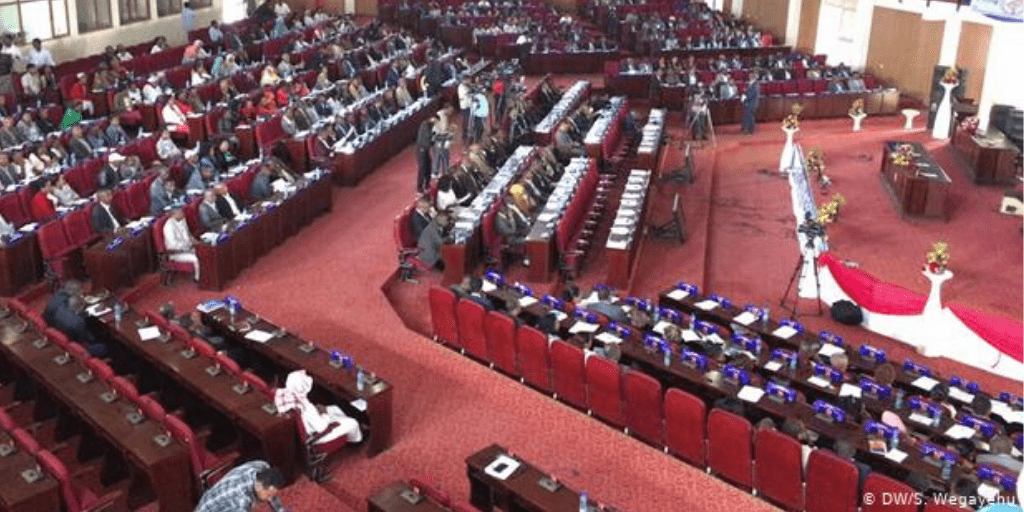 For more than two decades, the question of statehood formation has been raised by identiy-based zones in the Southern Nations Nationalities and Peoples’ Regional State (SNNPRS).

In particular, the issue proliferated after the collapse of the authority of the Ethiopian People’s Revolutionary Democratic Front (EPRDF) and the arrival of Prime Minister Abiy Ahmed in 2018. Consequently, the question has been raised the Wolayta, Keffa, Gurage, Gamo, Gofa, and Sidama ethnic groups.

Given this political context and the House of Federation’s approval this week of the zonal councils of Dawro, Bench Sheko, Sheka, West Omo and Keffa’s request to form a single region, it is important to assess this new approach to regional statehood in Ethiopia.

During Ethiopia’s last transition, Southern Nations Nationalities and People’s Regional State (SNNPRS) was formed by merging five districts following regional council elections in 1992. Furthermore, as a region of more than 56 ‘nationalities, it is one of the largest in Ethiopia, accounting for more than 10 percent of the country’s area and almost a fifth of the population.

Until Sidama established its own region, SNNPRS was divided into 13 zones, 133 and 3,512 kebeles. While the Sidama are the largest ethnic group in the region, each ethnicity is the majority in its administrative zone in terms of number and there are also minorities.

Given the prevalence of statehood requests, a team was established by the now-defunct Southern Ethiopian People Democratic Movement (SEPDM) to conduct a “scientific study” on how to handle several claims for regional statehood. After seven months, the team presented its findings and the following options to the SEPDM Executive Committee:

Nevertheless, there was not widespread acceptance of any of the above recommended solutions. Given this lack of consensus, another option is actively being considered.

The idea is to re-organize the SNNPRS into four regions, including Sidama, and one Special Zone. This option emerged after the December 2019 establishment of Prosperity Party and is mainly propagated by the national peace ambassadors or Yeselam Ambasaderoch Committee (a committee established under the Office of the Prime Minster to investigate the autonomy demands).

The Committee, the Prime Minister, and the House of Federation (HoF) have subsequently held discussions with representatives from SNNPRS zones and weredas on the issue. As a result, the Committee indicated that there is an agreement to re-organize SNNPRS into four regions and one Special Zone.

Based on the settlement patterns and the consent of the people concerned, this agreement is ready to be submitted to the HoF. The upper house of parliament is expected to reply within 30 days of its acceptance. The suggested regions, one of which has been accepted already, are:

While Gedeo is to become a Special Zone, it has not been not decided which region it will be part of. Gedeo Special Zone would then have the rights to use its language and approve budgets, while still being governed by regional laws. Alternatively, the Committee recommended the formation of a new region that encompasses Gedeo Special Zone, and the Burji and Amaro people’s administrative districts. Nonetheless, such an option does not appear to be accepted by the people.

On the other hand, on 30 September, the zonal councils of Keffa, Sheka, Bench Sheko, Dawro, West Omo including with Konta Special Woreda have unanimously agreed to integrate in to a single region. With the HoF recently approving this approach and requesting the National Electoral Board of Ethiopia to conduct a referendum, this new region will probably be called the South West Region.

The Ethiopian federation contains constitutional provisions that grant autonomy upon request. While the regional states of Amhara, Oromia, Tigray, Afar and Somalia have dominant nationality groups, the others are multi-ethnic. For example, Benishangul-Gumuz has Berta, Shinasha, Gumuz, Mao and Komo nationalities. Gambella has Nuer, Anuak and Mezenger, and Harari has Oromo, Amhara and Gurage. However, the case of the SNNPRS is peculiar, as the region contains so many groups.

Since the introduction of the federal system in 1995, there have been frequent questions for region-formation by SNNPRS groups and also regular and deadly conflicts in the region. There are several factors that brought this about. One is the failure to find an administrative structure that works for the multiple SNNPRS groups. The current re-structuring will create multicultural regions, even if there is no dominant group, which may reduce conflict, and the claim for independent regions, at least for a while, in most zones.

Another positive aspect of this new arrangement is that it will address some of the administrative problems that stem from the current arrangement. Given that federalism seeks to devolve public administration, if the geographical distance between the government and the people grows, the more difficult it is for the people to make their voices heard, and for rulers to understand their needs, aspirations, and priorities.

Federalism helps to resolve this problem, as it enables substantive powers to be exercised at the regional or sub-regional levels, giving people greater opportunities to exercise democratic control over public administration, resource utilization, policy adoption and law enforcement. For instance, it takes more than three days to go to the regional seat of Hawassa from the most peripheral weredas of Sheka and Bench Sheko zones.

Furthermore, by lumping all ethnic groups together, the existing arrangement does not adequately manage demographic factors, settlement patterns, languages and the consent of the population during region formation, as enshrined under article 46(2) of the federal constitution. In contrast, re-structuring the region into four regions (as recommended by the Committee) will create cluster of communities that have a similar way of life and settlement pattern.

For instance, if we look at the proposed South West Region, while the languages spoken by the Keffa and Sheka people are very similar  except for pronunciation, the two languages (Dawrigna) spoken by the Dawro/Konta people also share words with similar meanings.

The federal constitution states that “All sovereign power resides in the Nations, Nationalities, and Peoples of Ethiopia.” In this light, Article 39 grants nations, nationalities and peoples the right to self-determination including secession. At the same time, it further entitles every group the right to establish their own region under Article 47(2). Hence we can imagine 56 regions springing out of the fragmenting SNNPRS. Such extreme fragmentation would further complicate the political, economic, and social state of the southern part of the federation.

Another challenge that the region could face is the issue of minorities. For instance, in the proposed South West Region, which encompasses the major ethnic groups of Keffa, Sheka, Bench, Sheko, and Dawro, there are the Menja people, a minority related to the Keffa.

While federalism can provide minorities a certain level of recognition and autonomy, it can also expose them to discrimination and oppression. This is particularly the case if these minority groups were not part of the deliberations that established new arrangements, as their interests may not be represented.

It is important to also note that, since the idea to restructure the SNNPRS was tabled, there has been competition for the capital city of regional states. This struggle could potentially become a major obstacle to the process.

Finally, the fact that there could be more than four regions could pose a challenge to effective public administration, as the new regional governments may lack the requisite human and financial resources. This risks overburdening weak newly established institutions with demands that they cannot meet and so could cause disappointment, mistrust, and discontent among the public.