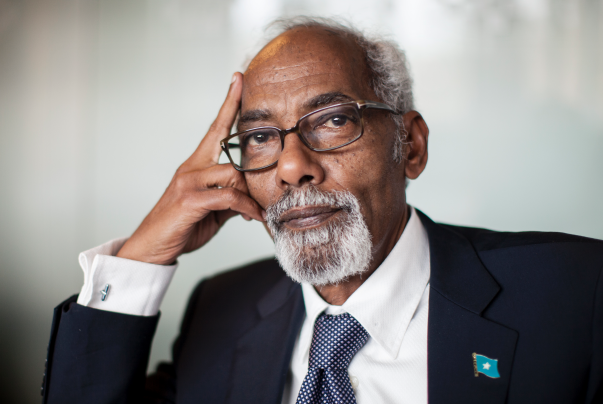 MOGADISHU (HAN) May 19.2016. Public Diplomacy & Regional Security News. The Speaker of the Federal Parliament of Somalia, Mohamed Sheikh Osman Jawari, is expected to meet a visiting delegation of international representatives. The Speaker is expected to brief the delegation on the recently agreed electoral model for  the 2016 election now under consideration by the parliament.

Somalia’s Federal Prime Minister, Omar Abdirashid Sharmarke, held a meeting on Monday with the members of the relevant parliamentary committee in Mogadishu. He called for the urgent ratification of the proposed election bill.

Mohamed Osman Jawari is a Somali attorney and politician. He is the current Speaker of the Federal Parliament of Somalia. He also briefly served as acting President of Somalia in August and September 2012.