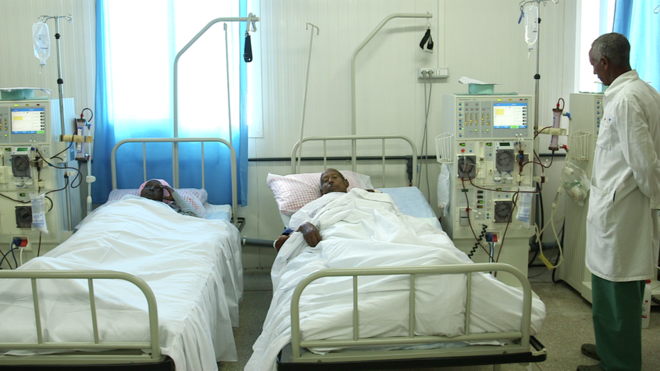 Mendefera (HAN) May 2. 2016. Public Diplomacy & Regional Security News. The number of health care institutions in the southern region has showed a significant increment by over 150% thus playing a key role in ensuring a pertinent health care service in general and in reducing the antenatal and maternal mortality rate in particular.

In briefings he made in connection with the 25th Jubilee Independence Day Anniversary, Mr. Yemane Haile, head of the Ministry of Health branch in the region indicated that the number of health care institutions has increased from 27 to 65 to date ranging from clinics to a referral hospital.

Mr. Yemane underlined that the prevalence of communicable diseases has significantly reduced owing to the increment of human resource capital, supply of medicines and the introduction of modern medical equipments.

Pointing that the reduction of neonatal and maternal mortality has been one of the major achievements of the ministry, Mr. Yemane said that with the vigorous endeavors exerted the prenatal and antenatal health care has increased from 20% to 70% while the coverage of child immunization has also increased by 90% respectively.

In line with the efforts being made to control communicable diseases, the prevalence of malaria has declined by 88%, and that its mortality rate by 99%. The prevalence of TB and HIV/AIDS has also showed a swift decline from year to year.

Finally, Mr. Yemane called for the need to promote sensitization campaigns in the region so as to upgrade the society’s awareness on various diseases.
There are 1 referral hospital, 4 hospitals, 2 community hospitals, 9 health centers, 46 health stations and 3 mother and child health care centers in the Southern region.