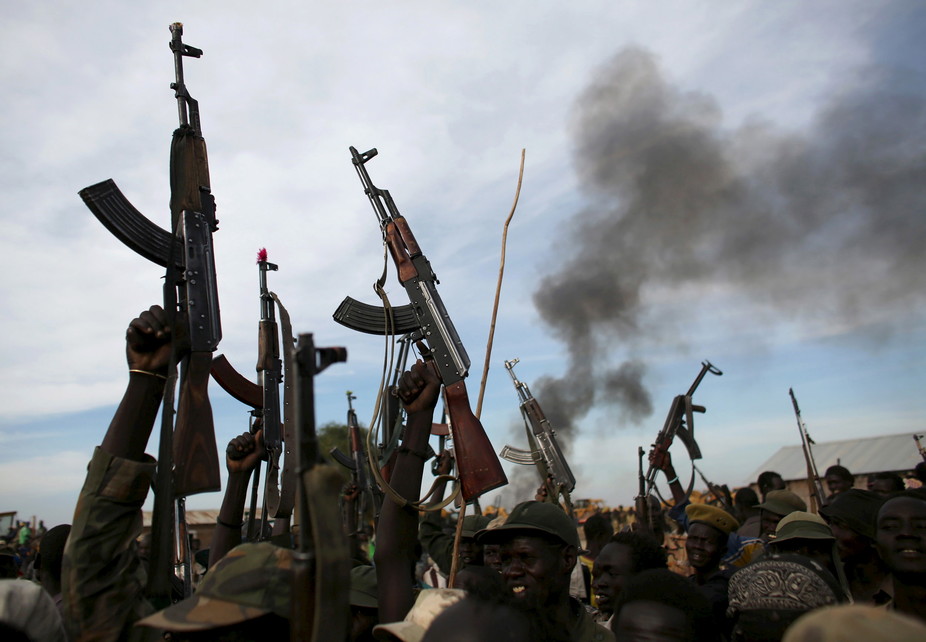 JUBA (HAN) July 13.2016. Public Diplomacy & Regional Security News.By Denis Dumo. South Sudan’s vice president has withdrawn with his troops to outside of Juba but is not planning for war, his spokesman said on Wednesday, as a ceasefire that ended heavy fighting with the president’s forces entered its third day.

Forces loyal to longtime rivals Vice President Riek Machar and President Salva Kiir fought street battles in the capital during a five-day period until a ceasefire was reached on Monday.

The events mirror those of December 2013, when a two-year civil war began after Machar, sacked from his post as Kiir’s deputy, withdrew his forces from Juba and launched a full-scale insurgency.

“We had to move away from our base (in Juba) to avoid further confrontation,” Machar’s spokesman James Gatdet Dak in Nairobi told Reuters, saying he was in contact with Machar’s forces. “He is around the capital. I cannot say the location.”

It was not clear what caused the latest rift between the two men who have long jostled for power, even before South Sudan’s independence from Sudan in 2011. The flare-up was apparently sparked on Thursday when Kiir’s forces stopped and demanded to search vehicles with Machar’s troops.

Gatdet Dak said Machar would stay away from Juba until ceasefire details were worked out.

“He is not returning to the bush, nor is he organising for war,” the spokesman said, calling for an outside force to be deployed to act as a “buffer” between Machar and Kiir’s forces.

Other demands from Machar’s side are to implement a joint command, an integrated armed force and a joint police force securing Juba, all issues laid out in a peace deal but not yet implemented, said Gatdet Dak.

“This is the time for diplomacy … in an attempt to return the government of national unity into its position,” said Ateny Wek Ateny, the spokesman for President Kiir, adding Kiir had held a cabinet meeting with some opposition members on Tuesday.

Kenya Airways, which suspended all its scheduled flights to Juba on Sunday, said it would restart them on Thursday, putting on a larger aircraft to clear the backlog.

In another apparent parallel with 2013, Uganda said it was sending troops to South Sudan but this time they would only help evacuate Ugandans, Uganda government spokesman Ofwono Opondo said. In 2013, they had entered at Kiir’s invitation to support his government as well help with evacuation, Opondo said.

The latest upsurge in fighting has left many South Sudanese angry and uncertain.

“Both Kiir and Machar should be held responsible for the killing of their own people, and for their soldiers who looted our property and killed my husband,” said a tearful Juba resident Rose Juru, 28.

Kiir and Machar signed the peace deal in August 2015, but spent months arguing over details. Machar returned to Juba in April and was reinstated as Kiir’s deputy, a move that was meant to help cement the process.