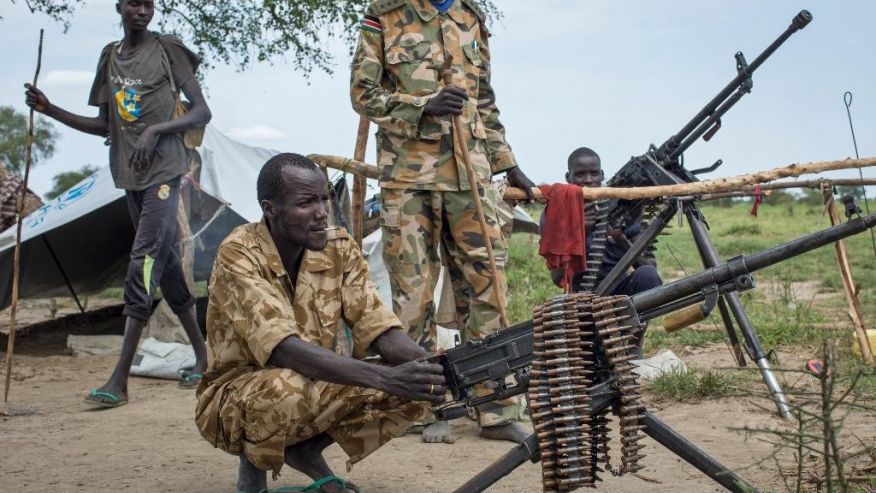 JUBA (HAN) November 3.2016.Public Diplomacy & Regional Security News. A newly emerged rebel faction in South Sudan has called for use of any means to remove President Salva Kiir from power, highlighting the degree of frustration with which victims of war were pushing for radical change.

The rebel group, calling itself South Sudan Democratic Front (SSDF) called for the removal of what it described as a “failed and illegitimate regime of the SPLM/SPLA Party through peaceful means, armed struggle or both”.

Formed by sons and daughters from Equatoria region, vowed to work together with other armed group to fight for removal of the government of president Kiir from power.

The group’s statement named a certain Lako Jada Kwajok, who emphasized the importance of forging an alliance with SPLM/A – IO, the Agwelek forces, the Bahr El Ghazal fighters and the Cobra faction (SSDM/A ) in the struggle against the regime.

“The sons and daughters of Equatoria region have risen to the occasion and taken upon themselves the responsibility of rescuing the country from total collapse and widespread chaos”, the statement reads in part.

In their statement, the group advocates for the establishment of a “Confederation of States” as the best system of governance for South Sudan, while citing the governance system in Switzerland as the best models the world’s youngest nation should adopt.

Switzerland is one of the stable nations in the world since adopting a confederation in 1291.

The South Sudanese government is yet to react to statements from the new rebel movement.