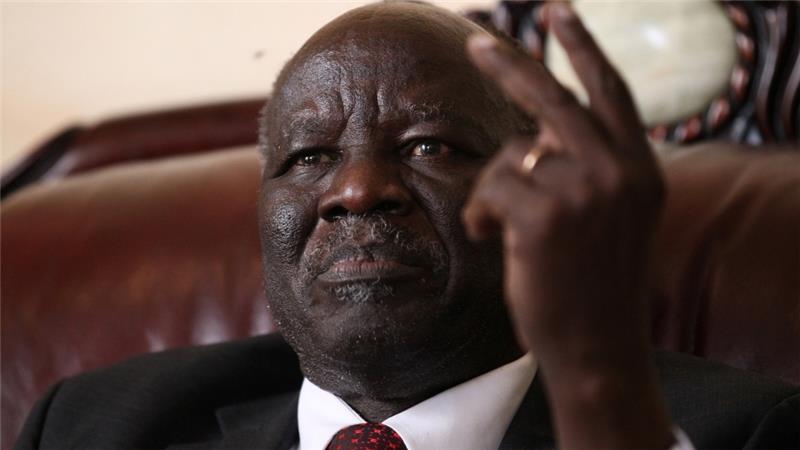 Akol, according to a statement issued over the weekend and extended to Sudan Tribune has named the new rebel group as National Democratic Movement (NDM) and said that his aim is to overthrow by all means the government of South Sudan under the leadership of President Salva Kiir.

“The National Democratic Movement was born to wage the struggle, together with others in the field, against the totalitarian, corrupt and ethnocentric regime in Juba that is bent on dragging our country into the abyss,” the statement reads in part.

Akol, who previously chaired the Democratic Change Party (DCP) said he resigned and left the party last month because the members and the other leaders of the DCP believed in peaceful dialogue and non-violence as the only means to bring about change in South Sudan.

He described his new rebel faction as a front bringing together the social and democratic political forces as well as civil society activists, who want the political discourse in the country to be centred on the “transformation of the centuries-old conditions of extreme poverty, ignorance, illiteracy and cultural backwardness of the masses of our people.”

The movement, it explained, is founded on the principles and concept of national democratic revolution based on the core values of freedom, equality, justice and fraternity, and solidarity anchored in historical and philosophical perspectives. These values, it stressed, translate into fundamental rights and freedoms as provided for in the UN Conventions of civil, political, economic, social and cultural rights.

The political statement of the NDM set out in details what the NDM stands for and how to rid the people of the totalitarian ethnocentric regime in Juba and replace it with a pro-people inclusive government.

“It must be clear from the outset, the NDM is not just for change of personalities in Juba to replace them with others of the same feathers; it is out for a radical change in the country that will bring about genuine state-building and nation-building,” it emphasized.

He also said his new faction will closely work with the Sudan People’s Liberation Movement (SPLM-IO) under the leadership of the former First Vice President, Riek Machar.

It is not clear from whether the prominent politician will get military forces for his new faction.