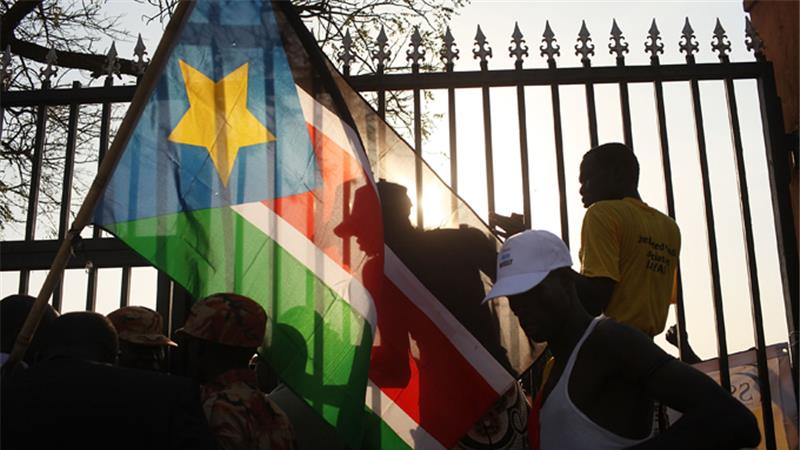 JUBA (HAN) August 24.2016. Public Diplomacy & Regional Security News. By FRED OLUOCH. Former first vice president of South Sudan, Dr Riek Machar has thrown prospects of stability in the country into further uncertainty after his allies said they were rethinking their role under the August 2015 peace agreement.

The allies said Dr Machar planned a review of the Sudanese Peoples’ Liberation Movement-in-Opposition (SPLM-IO) involvement in the transition government once he recovered from injuries sustained last month.

Sources close to Dr Machar —who arrived in Khartoum on Tuesday afternoon from the Democratic Republic of Congo (DRC) for treatment — told The EastAfrican that the rebel leader was consulting Igad before making his decision known.

“Since July 8, our mission was to secure the life of our leader but now that he is safe, we are diplomatically and politically engaging Igad on the way forward because President Kiir has killed the agreement by attacking our official cantonment areas and changing the leadership structure contrary to the agreement,” said Mr Jok.

He continued, “What we know is that the current status quo is not acceptable because the president and the new first vice-president, Taban Deng Gai, have defied the agreement which the region worked very hard to realise.”

The presence of Dr Machar in Khartoum is likely to raise concerns in Juba, especially after the new first vice-president, Mr Gai, held discussions with the Sudan leadership over outstanding issues between the two countries including security, border demarcation and oil exportation.

But in a statement to the Sudan News Agency (Suna), Sudan’s Minister of Information Ahmed Belal Osman said Khartoum has simply received Dr Machar for medical treatment since he arrived in a critical condition and needed immediate care.

”The health condition of Dr Riek Machar is now stable and he will stay in the country under full medical supervision until he leaves the country for a destination of his choice to complete his medical treatment” the statement read in a part. Mr Osman said that Khartoum has notified the government of South Sudan about Dr Machar’s arrival.

Mr Jok confirmed that Dr Machar needed specialised treatment because of swollen legs after walking for 200km under aerial bombardment at an advanced age.

The recent Intergovernmental Authority on Development (Igad) summit had declared the replacement of Dr Machar as illegal and against the agreement and approved the deployment of 4,000 regional protection force in Juba.

With Khartoum likely to face pressure from Juba to let go of Dr Machar, there are ongoing consultations on his next destination since earlier preference for Addis Ababa could compromise the neutrality of Ethiopia that is supposed to provide the bulk of the regional protection force. Kenya and Rwanda are also expected to provide troops to act as a buffer in Juba.