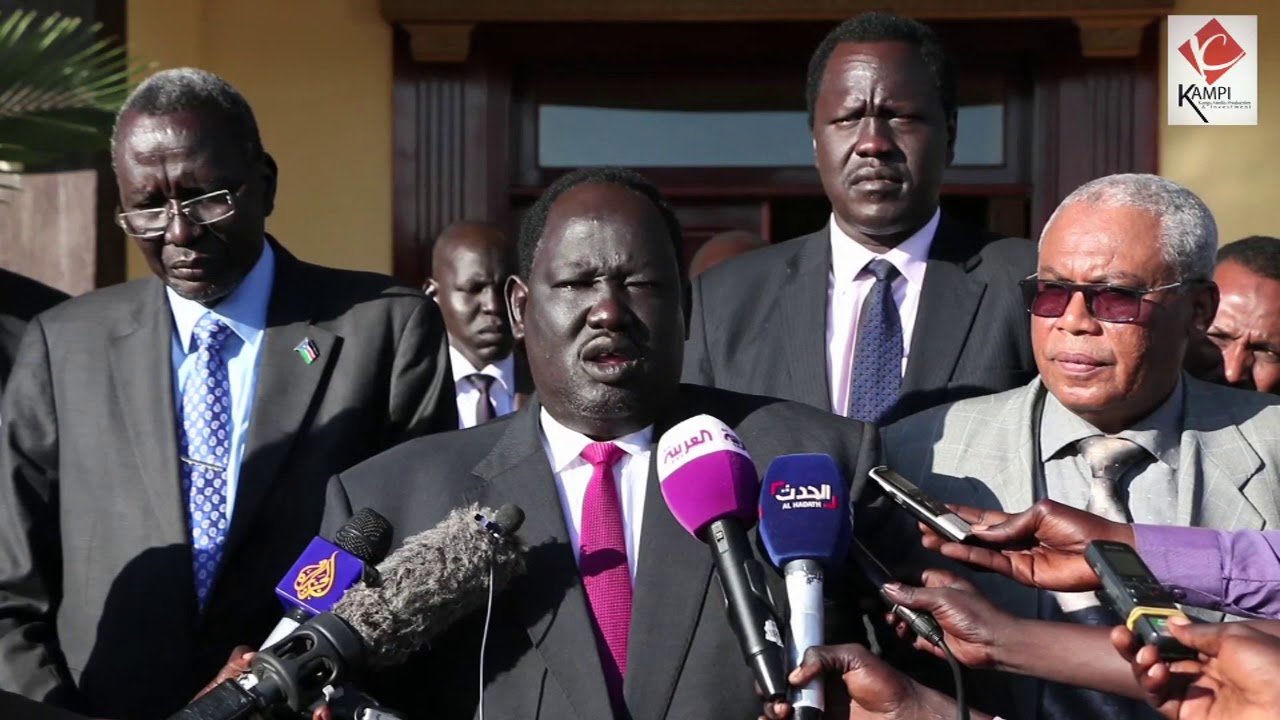 The rapporteur of the mediation, Dhieu Matouk told reporters that the visiting delegation carries a letter from President Salva Kiir Mayardit to the Chairman of the Sovereign Council, Abdel Fattah al-Burhan, including an invitation to attend the signing ceremony of the final peace agreement on the third of next October.

Matouk confirmed that the signing ceremony will be attended by heads of state and government of the IGAD bloc, Friends of Sudan group and some Arab countries.

He further said that the mediation will discuss among others the arrival to Khartoum of the advance delegation on Thursday, in preparation for the return of all leaders of the armed movements abroad.

The visiting delegation included the South Sudanese Minister of East African Community Affairs Deng Alor who is a member of Abyei community leaders who call to organise a referendum on the fate of the border dispute area as soon as possible.

On Monday President Kiir tasked Gatluak to discuss the status of Abyei area with the Sudanese government.

Abyei leaders fear that the improvement of bilateral relations and the implementation of the four freedoms agreement between the two countries would delay further the referendum on the area.

Initially, the mediation had to arrive Khartoum on Thursday together with the SRF advance team.

The Sudanese government will take the needed measures to ensure the arrival of the SRF delegation to Khartoum on Thursday, official sources in Khartoum said.