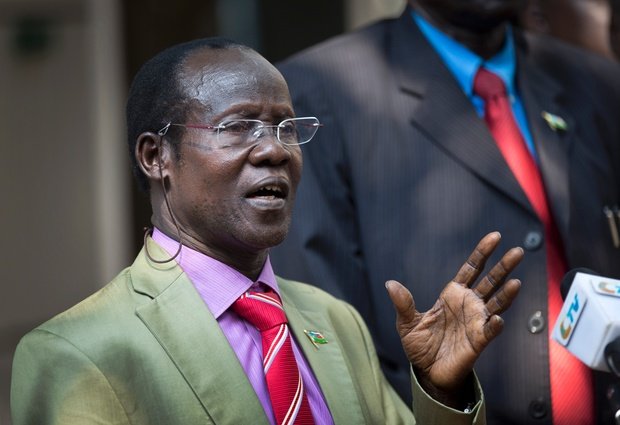 JUBA (HAN) July 7.2016. Public Diplomacy & Regional Security News. South Sudanese Second Vice President, James Wani, has warned of the danger that the country could become ungovernable if the issue of the unknown gunmen is not promptly addressed by the security forces.

Speaking as the chief guest at the closing session of the three days of the youth conference on Saturday, Wani directed the security organs to collaboratively work together to trace the identities and the nature of the unknown gunmen whom he said have made the lives of people difficult to carry out their normal activities in the country.

“The military intelligence, national security and criminal investigation department must work together and make these unknown gunmen known,” Wani directed.

He said failure to identify the group and make them known would make the country ungovernable leading to lawlessness.

“Because if we do not know them, it means the country will be ungovernable and we cannot allow that. They must be traced,” he said.

The third top official in the country, according to the hierarchy at the presidency in accordance with the provision of the August 2015 peace agreement which ended the more than two years of civil war, pointed out criminal activities by the unknown gunmen were giving bad image to the country.

“Let us improve our image. People are scared, we did not go to the bush for 21 years to waste time mismanaging ourselves. Criminals are scarring off potential investors,” he added.

He made the comments after killing of two officers belonging to the opposition group of the Sudan People’s Liberation Movement (SPLM-IO) which is under the leadership of the first vice president, Riek Machar.

The incidents caused tension in the capital over the weekends. Calm has however returned to the city.