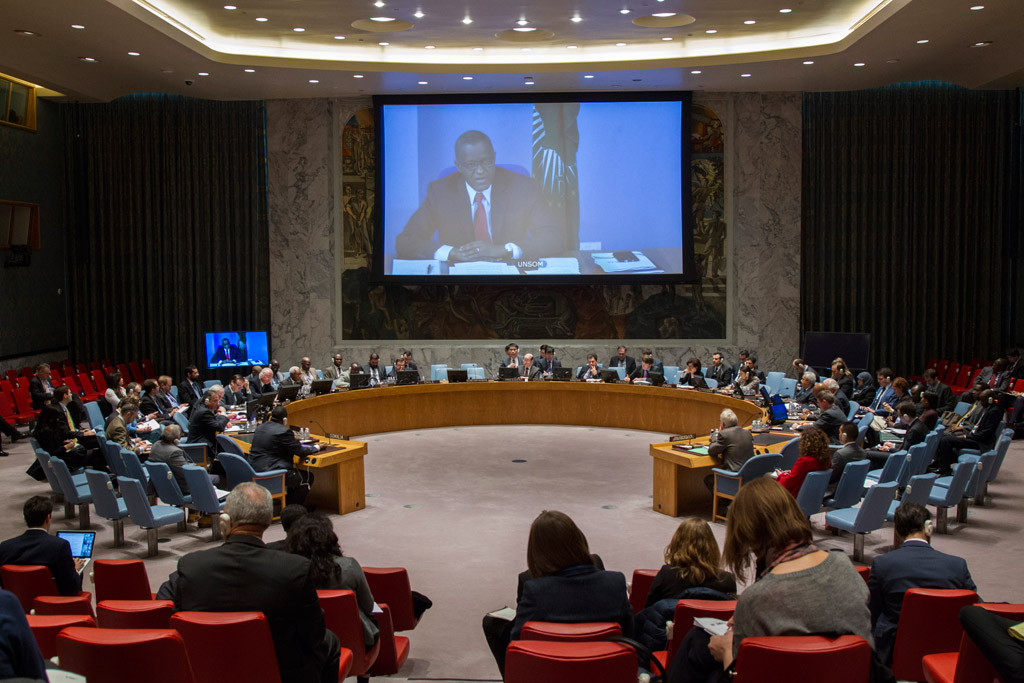 The Secretariat circulated a confidential briefing note to Council members on 8 July, which apparently described the fighting on 7 and 8 July in Juba, as well as recent tensions in Wau, where thousands of civilians have sought protection from fighting near an UNMISS base in recent weeks. In the note, the Secretariat apparently reported that Kiir, Machar and Vice President James Wanna Igga had met on 8 July to discuss the security situation in Juba and that they had called for calm in a televised joint press conference. An updated note circulated on 10 July apparently provided some information on UNMISS’ reaction to events.

In the context of this fluid security situation, Council members issued a press statement yesterday evening (9 July), in which they condemned the fighting in Juba on 7-8 July and urged the transitional government to take steps to end the fighting and reduce tensions. Russia, supported by China and Egypt, had broken silence earlier in the day on the initial version of the text. Among other things, Russia maintained that language “demanding” measures from the parties to quell the violence was not appropriate for a press statement. The language was softened as a compromise -i.e. “urged” and “called on” replaced “demanded” in the final version.

In spite of the call for calm by South Sudan’s leaders in the joint press conference, heavy fighting has continued today in Juba, with the SPLA and the SPLA-IO blaming each other for the escalating violence.

During today’s meeting, Council members will want to be updated on the security situation in Juba and what means can be pursued to quell the violence. In this context, there will most likely be interest in what interactions the political leadership of UNMISS has had with Kiir and Machar and other key political and military figures, and what messages have been transmitted to them with what responses. Members may ask to what extent command and control over armed forces is being exerted, and what means can be employed to exert leverage on those fighting to get them to stand down.

The recent violence has apparently caused the mission to institute its “crisis management mode”. Members may want to receive information on what steps the mission is taking to handle the influx of additional internally displaced persons in its Juba facilities, to protect other civilians, and to protect UN staff and their humanitarian partners. It seems that a late 2015 confidential note on UNMISS contingency planning circulated to Council members noted that if large-scale violence broke out in Juba the mission would have difficulty protecting civilians, and would be engaged with protecting UN staff and its humanitarian partners.

A number of Council members have long been concerned about the fragile security situation in South Sudan and the potential that fighting in Juba could jeopardise the entire peace process. There is thus a sense of urgency regarding the need to address the escalating clashes to avoid the possibility that the country descends again into full scale civil war.