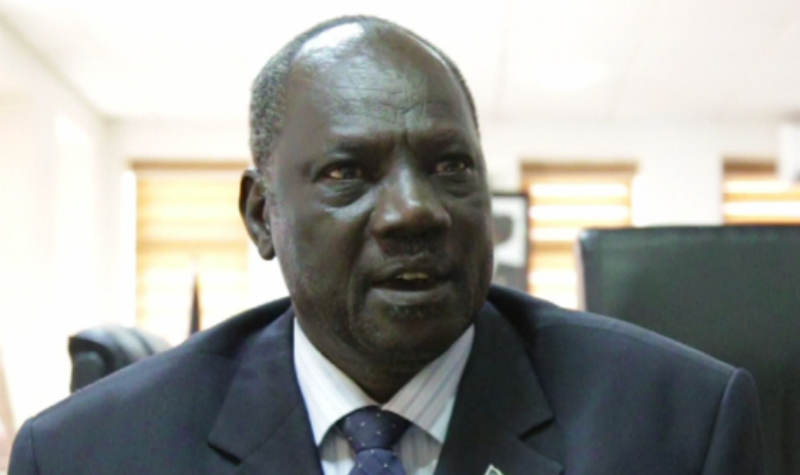 February 13, 2019 (JUBA) — South Sudan government will deduct one-day pay from the salaries of the civil servants to fund the implementation of the revitalized peace agreement, the information minister said on Tuesday.

“The cabinet decided that all the employees in the public sector should monthly contribute a one-day pay from their salaries for the next four months in the interest of the peace,” Michael Makuei told reporters in Juba.

The decision comes within the government efforts to secure more than 44 billion South Sudanese pounds (280 million U.S. dollars) for the implementation process particularly for the expensive security arrangements.

Makuei further called on the private sector and businessmen to put their hands in their pocket to contribute to the worthy cause of peace.

“The cabinet is also making an appeal to the business sector and to the civil society organs, to the stakeholders, to contribute towards the implementation of this peace,” he said.

The international community pledged to support peace implementation process but asked the South Sudanese government to prove its commitment to the revitalized agreement and to provide the needed money for the expensive process of the troops’ cantonment, training and unification.

They also asked the government to be transparent in the spending of the oil money and to curb corruption.

Last Friday, President Salva Kiir criticized the United States’ reserves and scepticism towards the revitalized peace agreement. He added that this negative position pushed the other western countries to opt for a “wait and see” position.

He further stressed that South Sudanese should now count on themselves and focus on the implementation of peace agreement so they will send out “positive and reconciliatory messages”.

The revitalized peace agreement which was mediated by the IGAD countries was seen provides to redesign the South Sudanese state during a three-year period.

President Kiir several times complained from the formation of a presidency with five vice-presidents, 35 ministers, 10 deputy ministers wondering how to accommodate them.