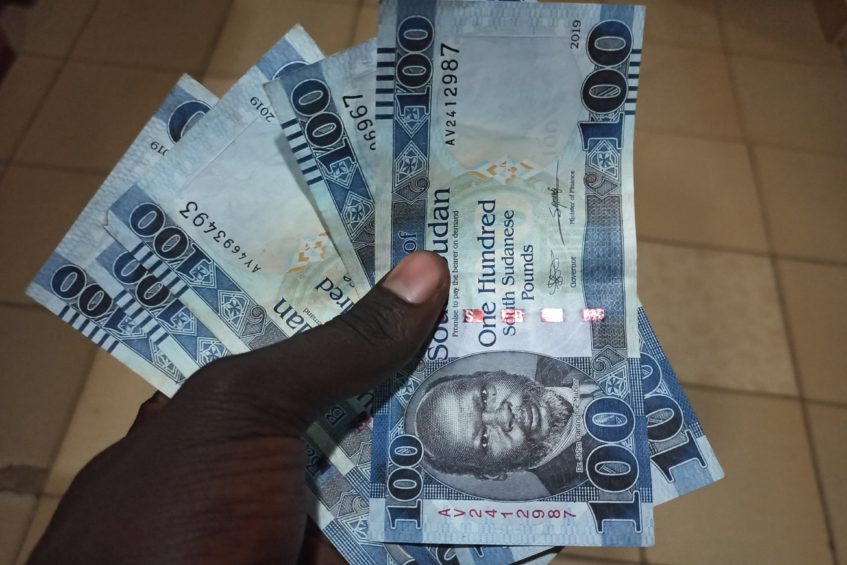 JUBA – South Sudan will introduce a new currency as part of efforts to overcome a crippling economic crisis, the government announced on Friday.

“This is a decision taken by the Cabinet. This is in order to improve our infrastructure, our economic situation,” Information Minister Michael Makuei Lueth said at a news conference in the capital Juba.

He said the Cabinet has formed a committee, which includes the central bank governor, officials from other commercial banks, and politicians, that will draw up plans to revive the economy within a week.

The country’s currency, the South Sudanese pound, has tumbled rapidly, trading at 510 SSP for $1 on the black market, while the central bank is selling at 167 SSP.

According to Lueth, one of the problems facing the economy is that “most citizens are actually hoarding currency in their houses.”

“This is a normal situation that has been happening and there is always a solution. So, the cabinet has decided that the currency should be changed,” he said.

Production of crude oil, South Sudan’s main revenue source, has slumped to about 165,000 barrels per day, while global price has dropped due to the coronavirus pandemic.

“The currency should be changed so that anyone who does not take his money to the bank is left out and will lose that money,” Lueth said.

“This advice goes to those who are hoarding money; hurry to the banks and put the money in the banks, so that you can avoid queuing up when the time comes for the exchange of currency.”