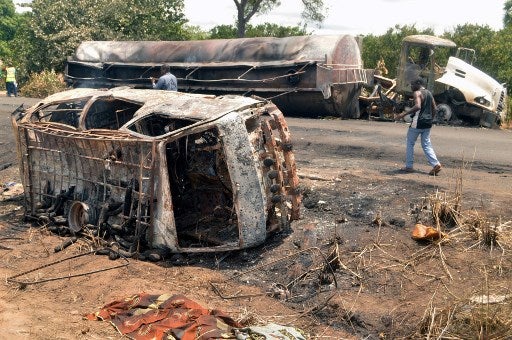 MARIDI (HAN) November 18, 2019. Regional Security and Stability NEWS. – At least three people were killed and seven other wounded when a fuel tank exploded in South Sudan’s Maridi state on Sunday, an official said.

According to the official, the explosion happened as the driver, conductor and some of the locals were transferring fuel from the tanker which broke down into another tanker.

“Those affected were rushed to Maridi state hospital,” he said Monday, adding that two Somali national were among those killed in Sunday’s explosion.

It, however, remains unclear as to what exactly caused the explosion.

In September 2015, a fuel tanker exploded in the same area killing over 100 people.