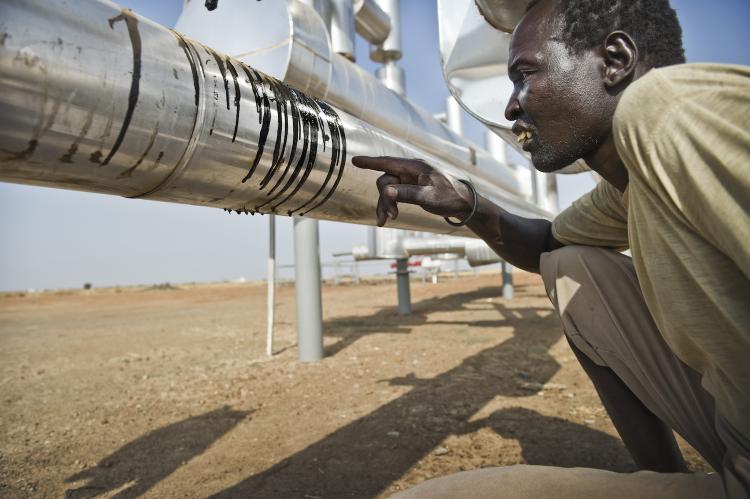 JUBA (HAN) May 3, 2015 – Public Diplomacy and Regional Investment News.  South Sudanese government said its economy needed urgent diversification to wean it from depending on oil in long term response to the economic crisis, urging its citizens and other stakeholders in the society, including businesses, to embrace farming in all their undertakings.

The European Union in a memo disclosed by theIndian Ocean Newsletter this week said the South Sudan is “deeply entrenched kleptocratic governance”. It further pointed to the inaction of the government, adding that its leadership has no plans to conduct economic reforms.

“Expenditure is still as high as ever, while there has been a 50% fall in revenue. The state is still devoting 70% of its expenditure on security, representing $210 million a month. In the meantime, oil revenue has fallen by 75% and now brings in only $60 million a month, coupled with $40 million a month in tax revenue,” said the report citing figures provided by the International Monetary Fund.

But a senior official in the ministry of finance in Juba said the government was working towards diversifying the economy to shift from oil dependence to agriculture, although this overdue and long term plan will not solve the immediate economic crisis.

“Oil is not a long lasting resource. It can deplete. The oil prices are also not fixed. They are not constant. They are subject to changes. So it is a question of risk management; because commodities and prices go up and down,” Under-secretary of ministry of finance, Salvatore Garang Mabiordit, told Sudan Tribune on Sunday.

“They (oil prices) are dependent on the world market, so an over reliance on one single product like oil always poses a risk, so diversification is extremely important,” he said.

He said the leadership was planning to hold an economic symposium involving experts from neighbouring countries to explore ways to economic challenges in South Sudan.

Mabiordit further explained that diversifying the economy of the country would encourage an environment favouring a stable and predictable economic framework that would win investor confidence.

“One of the areas we are looking for support from our partners is developing viable commercial agriculture sector. Clearly, this is an area where the climate, soil and many things play to the advantage of any country in working towards diversification of its economy,” he added.

He further stressed that South Sudan had a lot of potential in diversification of its economy, especially in the area of agriculture and other resources, including untapped minerals and livestock.

The official said the government was also embarking on efforts to improve the management of local revenues by developing and introducing a revenue management system.

The new system, he explained, will help increase local revenues by improving the identification of the existing tax potential and by facilitating the collection of taxes which are difficult to assess, including property taxes.

This, he further said, will ensure the efficiency of the tax administration and lower compliance costs.

Although diversification of the economy has been a policy of president Salva Kiir’s government for many years, it remained unclear as to why this was never effected, leaving the government to solely depend on oil revenues to run the system.

But Mabiordit said the ministry was building its experience in other similar undertakings, assuring that the team employed possesses the necessary expertise both in modern tax administration and highly specialised in the application of information technology.

“What I have always found from our experience is often the issue of predictability, which is even more important than exact terms of how exact taxes would function,” he said.

The IMF said the government in order to make up a budgetary shortfall of $200 million a month, borrow from the central bank to preserve the exchange rate and stem inflation at 6%.

The country’s vice-president, James Wani Igga, toured nations of East African, asking them to participate in an economic conference in the South Sudanese capital, Juba, and involve their experts in strategising on how to remedy the dire economic situation in South Sudan. (ST)