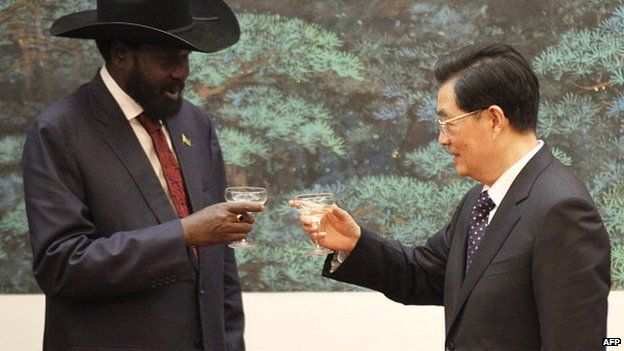 South Sudan foreign affairs and international cooperation minister Deng Alor Kuol said on Tuesday that he had met key officials of the China Development Bank and the Export and Import Bank of China in Beijing during his recent visit.

Kuol described the talks with Chinese authorities and companies with funds to help implement the identified projects should Chinese government approve the request as fruitful and cordial.

He added that the government had sought financial co-operation to implement several projects in the pipeline.

“They are prepared to support us,” said Kuol when asked whether any fresh loan arrangement was sought. “We have outlined the projects and have requested China’s support on funding.”

The minister, however, clarified that nothing had been finalized yet and they had a priority list in this regard. The top foreign official said some companies have expressed interest to invest in the proposed Economic Zone and that joint ventures had been proposed between the two sides to work out how they could expedite the process.

He said the Chinese side was expected to submit their proposals for development of key infrastructures with Chinese investors having a say in its operation.

He revealed the government had requested $1.9 billion from the Chinese government to develop oil fields and infrastructure projects. Part of the funds could be used to reopen key oil fields in Unity state that has been shut down since a civil war began in December 2013.

$700 million would be used to rebuild a road between Juba, the capital, and Wau, which saw heavy fighting last month.

The request comes as the country has an economic crisis and is struggling to pay civil servants. The government said this week that the inflation rate in the country has reached 600 percent for the past one year.

The fledgling nation economy has been under stress following fall in global oil price and the ongoing war pitting President Salva Kiir against Riek Machar’s armed SPLM-IO that led to closure of oilfields in Unity and Upper Nile states. (ST)