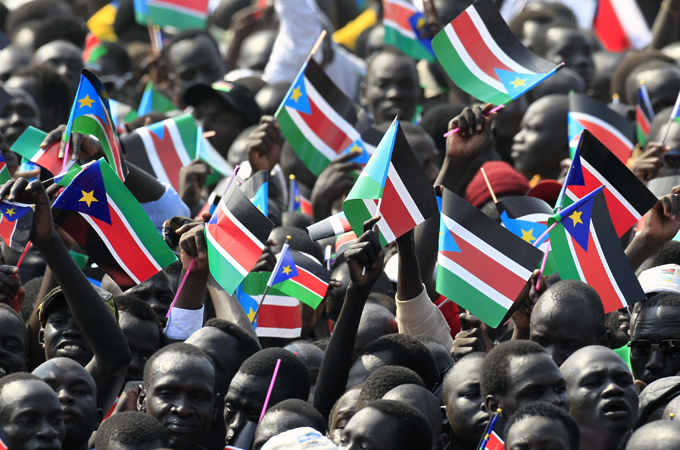 JUBA (HAN) August 29.2016. Public Diplomacy & Regional Security News. South Sudan’s government wants $300 million in aid and loans to support its next budget, as it seeks to stabilize the country which has been scarred by civil conflict since achieving independence in 2011.

“If it is approved by the transitional National Legislative assembly (the funding aim) will be around $300 million, for which we will seek support from the donor community in terms of grants or external borrowing,” Finance Minister Stephen Dau said in comments broadcast on local Radio Miraya FM.

The world’s newest country has been devastated by war since December 2013, when soldiers loyal to President Salva Kiir clashed in the capital Juba with troops loyal to his former deputy Riek Machar.

The conflict has hammered the economy and left swathes of the 11 million population without enough food.
Oil production, South Sudan’s main source of revenue, has tumbled as oil fields have been cut off and global prices have dropped.

Dau said in 2016/17, the government planned to raise 9 billion South Sudanese pounds in non-oil revenue, a 50 percent increase from the previous year.

“This financial year budget is different from the last because it contains reform measures that were advised by the IMF (International Monetary Fund) in their consultation when they came here last May. There are reform measures will be taken that will lead to the increase of non oil revenue,” he said.

Juba has also taken loans from Chinese companies, offering to pay them back with future oil proceeds.
Earlier this month, Foreign Minister Deng Alor said the country planned to ask China for a $1.9 billion loan – a sum equal to more than a fifth of its national output – to be used for infrastructure projects such as roads and bridges.

A wobbly peace deal saw Machar return to Juba as deputy president in April but Kiir appointed a new deputy to replace him in late July, when he left the capital after street battles between rival troops.

Machar is now in Khartoum, where he is undergoing treatment after being picked up this month by U.N. peacekeepers in Democratic Republic of Congo with a leg injury.