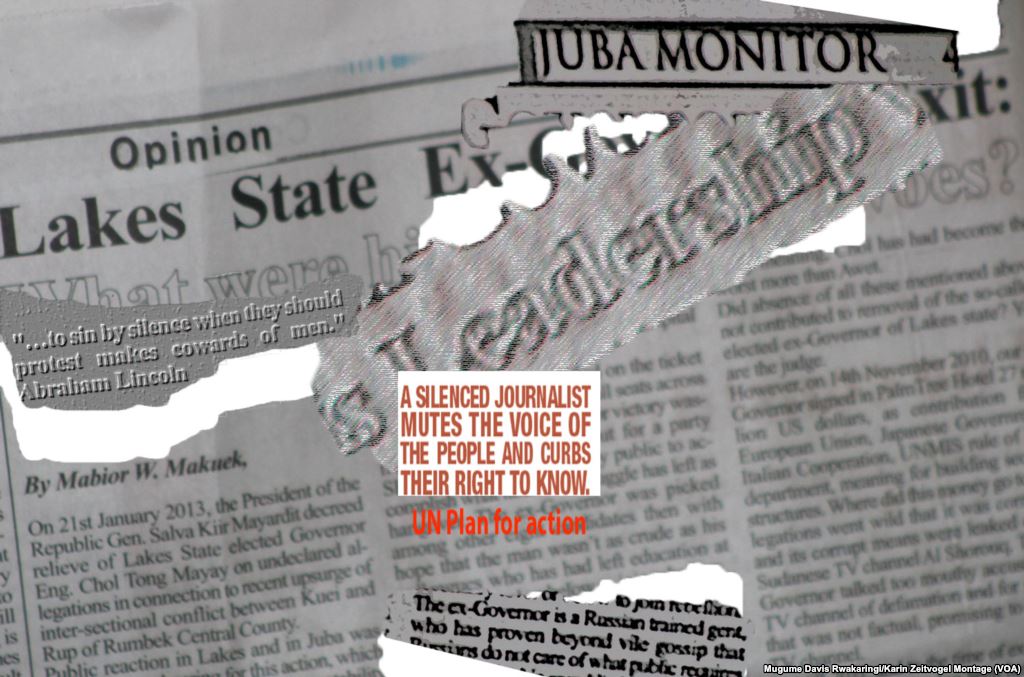 Machar left South Sudan over fears for his safety after government forces mounted a military offensive hunting for him after he fled the capital Juba when fighting broke out between 8-11 July. President Salva Kiir later sacked him as vice-president and replaced him with Taban Deng Gai, one of his senior officials in his movement before falling out with him after failing appointment of oil ministry.

South Sudanese government which had been on the offensive, trying to hunt him down in the bush where he had been hiding said on Friday that it was not aware of Machar’s whereabouts.

“[No] one knows where he is, whether he left South Sudan or still inside the country. Those who say he left the country should be the ones you should talk to,” information minister, Michael Makuei Lueth, told reporters on Friday in Juba.

He was reacting to media reports quoting United Nations sources in the Democratic Republic of Congo and at the headquarters of the United Nations in New York about the departure of Machar from South Sudan and his subsequent arrival to Congo on Wednesday.

Minister Lueth also said the changes, in which the president appointed Taban Deng Gai in place of Machar was an internal matter of armed opposition leadership and it was up to them to decide whether or not to welcome Machar and resume his position at the presidency as the first vice president when he returns.

“The government has nothing do with the changes in leadership of the SPLM-IO, whether Riek Machar comes back or not, that is an internal issue of the IO,” said Lueth.

Media covering Machar’s departure from the country where troops loyal to President Salva Kiir and his army chief of general staff, Paul Malong Awan, tried to kill Machar in attacks since last month in and around Juba, have been questioned by the security personnel to say the source of information

Observers and security analysts are keen to underline that the motive of restricting media coverage about the departure of Machar from the country is to deny the public knowledge of his departure from the country.

Machar’s departure is viewed a failure by government forces instructed to hunt him, many of whom claimed he was barricaded and it was a matter of time before he could surrender or get killed. (ST)