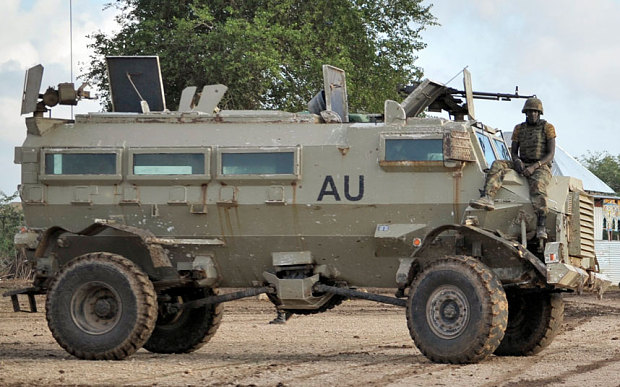 JUBA (HAN) August 2.2016. Public Diplomacy & Regional Security News. South Sudanese President, Salva Kiir, has declared total rejection to deployment of a regional force, backtracking on the earlier reported assurance he gave to the chairman of the Joint Monitoring and Evaluation Commission (JMEC), Festus Mogae, on 25 July and in a meeting with the Ugandan President, Yoweri Museveni.

He and his officials argued that countries which have experienced foreign forces intervention have never regained peace and stability.

“I have heard some people have resigned. Okay let them go but if it is connected to pressure on the government to implement their agenda that will not work. South Sudan is a sovereign state and we will not allow foreign troops to come here no matter the amount of pressure and noise they will make. We don’t need foreign troops. Already we have enough of them here,” President Kiir told confidants on Monday after learning of the resignation of the minister of agriculture and food security, Lam Akol.

President Kiir, according to a presidential aide who spoke to Sudan Tribune on Tuesday, was commenting while in a meeting with the Chief of General Staff of the South Sudanese army, Paul Malong Awan, and the Minister of National Security, Isaac Mamur Mate.

Minister Mate later gave a statement in which he rejected a regime change agenda, citing a political and security situation in Somalia, Libya and Iraq as the basis of rejecting foreign intervention force.

“They want to destabilize this country to go the Somalia way. They intervened in Somalia, did they succeed. Has Somalia become a country now? What happened in Libya has Libya become a country? And Iraq what happened there? Did they succeed? We don’t want this regime change. A change must be peaceful and we have a legal and democratically elected government that should be consulted before making such decisions”, explained Minister Mate in a statement broadcast by the state owned South Sudan on Monday evening.

The top security official declared that any unilateral deployment of a foreign force will not be accepted.

Information minister, Michael Makuei Lueth, also issued a statement on Tuesday denying clashes have taken place around Juba and that the government was not aware of the rapes carried out by its soldiers.

“The media has been abuzz with news of fighting throughout the country, however, we want to assure the region and the whole world that the ceasefire, which was recently ordered by the president, is firmly holding, and that all those reports are false and baseless. They are concocted to justify the demands of intervention force by the enemies of peace who are usually delighted in anarchy and perpetual unrest in the republic of South Sudan,” the 2 August, 2016 president’s statement reads in part.

Lueth reiterated rejection of the government to welcome deployment of foreign troops in the country.

“The TGoNU [Transitional Government of National Unity] would like to urgently call on IGAD [Intergovernmental Authority on Development] member states to be cognizant of the fact South Sudan may slide into anarchy if the region military meddles in its internal affairs and that the repercussions of such a hasty undertaking will negatively impact the overall security of the region,” said Makuei, speaking to reporters at the ministry headquarters.

“The transitional government of national unity would like to reiterate its vehement objection to such counterproductive approach, and calls on the member states to stand firm with the transitional government of national unity in the implementation of the agreement as the only basis upon which peace and stability could be maintained in South Sudan.”

The UN Security Council is deliberating the possible intervention force – a move opposed by President Kiir and supported by Machar. SPLM In Opposition faction in Juba has replaced Machar with Taban Deng Gai – a move dismissed by Machar’s supporters as illegal.

Minister Lueth said the government has not succumbed to regional and international pressure as reported by the media.

“Dr. Riek Machar is neither the SPLM/A IO nor the Agreement and therefore we are moving forward with the implementation of the agreement for the overall interest of the people of South Sudan,” he said.

He claimed the path to democracy is only through peace implementation. (ST)