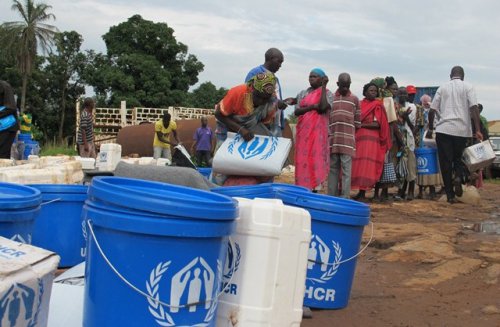 JUBA  (HAN) AUGUST 16.2018. Public Diplomacy & Regional Security News. For the third consecutive year, South Sudan has been classified as the most violent context for aid workers, reflecting a chaotic situation and an atmosphere of impunity for armed actors.

In its latest report covering the violence against humanitarian actors across the world in 2018, the Britain based Humanitarian Outcomes group said with 24 humanitarians killed in 2017 South Sudan remains the most dangerous country in the world for aid workers.

“The sharp increase in 2016 and continuing through 2018 suggests a troubling trend of armed groups using this tactic to assert control over aid operations,” stressed the report.

In its report for 2017, the group said pointed that attacks on aid workers are not the result of aerial bombardment as it was the situation in Syria and other countries but most of small arms (shooting) and unarmed attacks by government soldiers.

The attacks on aid groups reflect “a brutal, ethnically driven military campaign, disintegration of command and control, an environment of impunity for offenders and a festering hostility against the international humanitarian community upon which a great many South Sudanese rely for their basic needs”.

Recently, attacks on aid workers have been motivated by economic frustrations when protesters on 23 July 2018 attacked the facilities of aid groups in Bunj area, Maban County of Upper Nile region to protest the employment of local staff from outside the area.

Also, in aid workers have been several times kidnapped in the Greater Equatoria by armed groups who suspected of spying their activities in different locations.