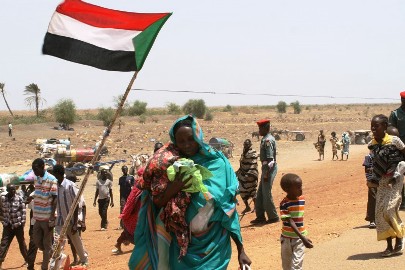 General Chol Thon, Governor of Eastern Nile state, one of the newly created 28 states, told Sudan Tribune on Wednesday that it was unfortunate the Sudanese government decided to shut down border after an unilateral decision by Sudanese president Omer al-Bashir earlier this year.

“It is unfortunate that after the Sudanese government has decided to stop border crossing after we have set out how as a state government will support these bold steps by both our President General Salva Kiir Mayardit and his brother, Omer al Bashir, President of the Republic of Sudan, to open a new page in bilateral cooperation in pursuit of mutual benefits and interest of our sisterly countries,” Governor Chol said in an exclusive interview on Wednesday.

The high ranking military turned governor of the border state, revealed his administration promoted dialogue between border communities in support of bilateral relations between the two countries by building key trade corridors and simplifying border crossing for goods and people.

“We were working on plans about how to build key trade corridors and simplifying border crossings. We encouraged our communities to embrace community dialogue and peaceful coexistence with the Arabs nomadic communities from Sudan and Sudanese business communities,” Governor Chol further said.

He further pointed to the importance of community based dialogue and relationships at the border areas saying that Renk and Melut commissioners organised peace conference recently in their respective countries to encourage community based conflict resolution mechanism.

“Unfortunately these efforts have now been affected by the decision to stop border crossings. This will significantly affect the dialogue of the border communities”, Governor Chol further said.

South Sudanese acting foreign affairs minister said the two countries have agreed in the 2012 cooperation to use Joint Political Security Mechanism as the highest border through which complaints by either party to the agreement could be addressed instead of unilateral decisions.

“Yes, these are issues of concerns, but we have agreed in the cooperation agreement to use JPSM (Joint Political Security Mechanism) as a means through which such issues could be sorted instead of taking unilateral decisions”, said Peter Bashir Gbandi.

The minister expressed optimism that the two countries would resolve the differences.

“We are going to sort them out. We’re going to get to the bottom of these issues through dialogue and we’re going to make sure they are addressed. That is the duty of both governments and that’s the duty we’re going to carry out,” said Gbandi in a separate interview on Wednesday.

Last January; President al-Bashir said his decision to reopen the border was justified by the difficult security and economic conditions in the new nation .

However, the Sudanese government stopped the process saying Juba resumed its support to the SPLM-N and Darfur groups.