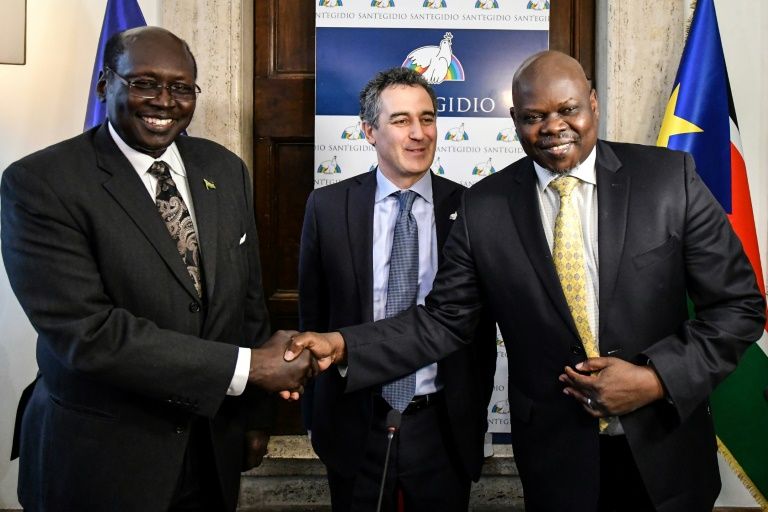 December 6, 2020 (ROME) – Peace talks between the South Sudanese government and opposition alliance have made significant progress even if there are still some outstanding issues, said the Sant’Edigio mediator on Sunday.

Delegations from the South Sudanese government and the South Sudan Opposition Movements’ Alliance (SSOMA) held a five-day meeting in Rome from Wednesday to Sunday to discuss a declaration of principles serving as a basis for negotiating on a peace agreement.

A separate meeting will be held in the upcoming weeks with the other faction of SSOMA led by Paul Malong and Pagan Amum.

Speaking to the Sudan Tribune on Sunday, Paolo Impagliazzo, Secretary-General of the Community of Sant’Egidio, and facilitator of the peace talks said that the discussions went well despite the parties failure to seal a declaration of principles.

The parties made significant progress during the past five days, Impagliazzo said, adding that they agreed to negotiate on the federal nature of the government, the issue of powers, the national identity particularly the respect for cultural and ethnic differences, a mechanism for the economy, the reform of the civil sector, and the rights of indigenous communities including the land ownership.

“But there are some outstanding points such as the nature of the conflict, the referendum to endorse the permanent constitution and the boundaries of the state,” further stressed the Sant’Egidio mediator.

He stressed they are confident that an agreement would be reached before to add and “We would remain engaged with the parties”.

The Sant’Egidio secretary-general underscored that the mediation carried out by their community is complimentary of the efforts of the IGAD to achieve peace in South Sudan. Also, he said they are keen to have IGAD Envoy to South Sudan with them in all the meetings.

The meetings were attended by special envoys Kalonzo Muskoka of Kenya, Betty Bigombe of Uganda, and Stuart Symington of the United States. Also, among the attendees, there were three diplomats from Sudan, Suisse and Japan.