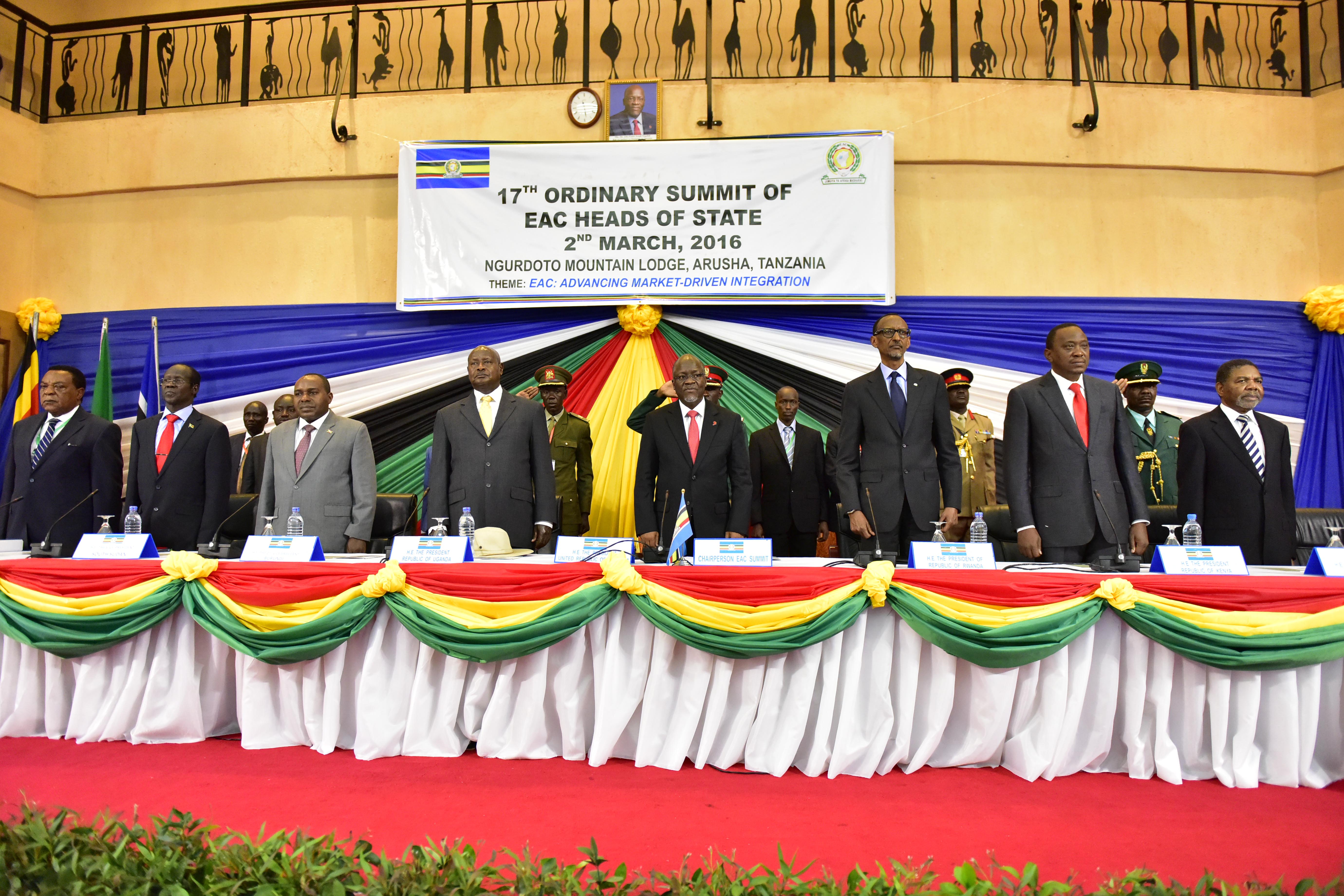 JUBA (HAN) August 20.2016. Public Diplomacy & Regional Security News. The East African Community Extraordinary Summit scheduled for Dar es Salaam next month will not mediate the South Sudan conflict as the country is yet to attain membership status in the regional body.

A spokesperson for Tanzania’s Ministry of Foreign Affairs, Mindi Kasiga, told The EastAfricanthat despite signing up to become an EAC member, South Sudan is yet to deposit instruments of ratification with the EAC Secretariat.

Ms Kasiga said that the agenda for next month’s EAC Summit which had earlier been scheduled for August, 19, is an evaluation of the status of the ratification of the EAC Treaty by South Sudan.

The postponement of the Extraordinary Summit was requested by the Kenyan President Uhuru Kenyatta, Ms Mindi said, without giving the reasons for the request.
However, another source said that Tanzania had said it was not ready for the Summit.

Tanzania has reiterated its support for mediation effort undertaken by leaders of the  Inter-Governmental Authority on Development (Igad), which is pressing the reluctant President Salva Kiir to accept the offer of beefing-up of peacekeeping troops composed of both Igad and UN, to avert a full-scale war in the world’s newest state.

The UN agency for humanitarian affairs and emergency relief has warned that the situation in South Sudan could slide into “even worse humanitarian tragedy” if immediate preventive measures are not taken.

The extraordinary summit will also deliberate on a report from the EAC’s mediator for the Burundi peace talks, the Ugandan President Yoweri Museveni, Ms Kasiga said.

President Pierre Nkurunziza’s government has been resisting a resolution of the UN Security Council to deploy a contingent of 228 police officers in the troubled country, saying that the deployment would be in violation of the country’s sovereignty.

President Museveni who was entrusted to broker peace in the embattled Burundi by presidents of EAC member countries of Kenya, Uganda, Tanzania and Rwanda appointed former Tanzanian president Benjamin Mkapa to facilitate the peace talks.