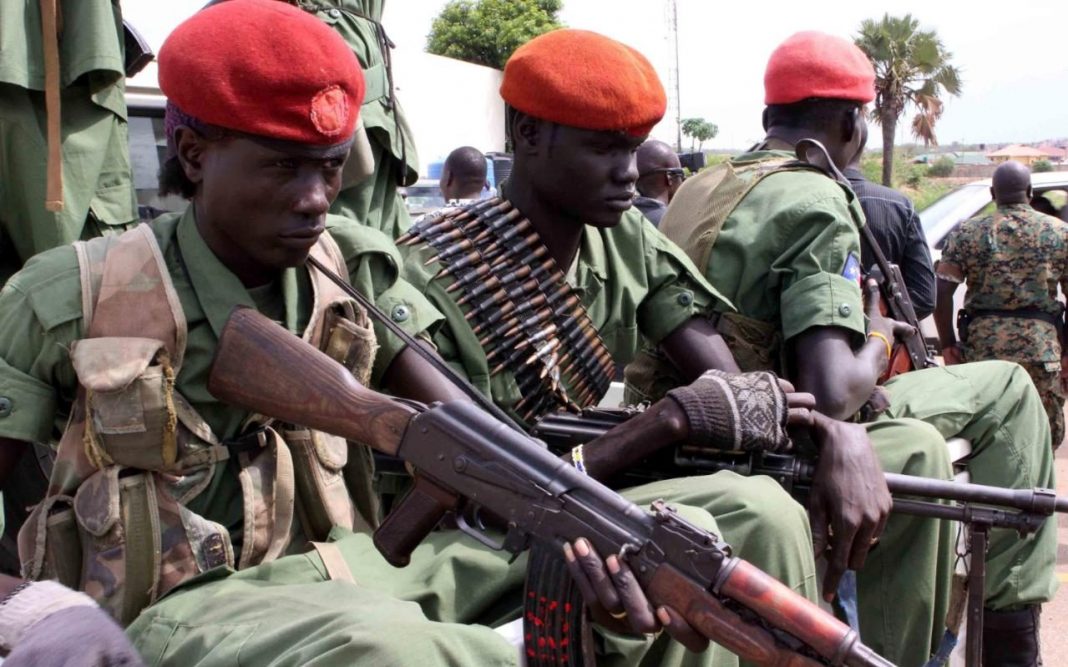 South Sudan army (SPLA) on Friday said it is unaware of the media reports quoting residents and local officials, saying there have been clashes between forces loyal to President Salva Kiir and those loyal to his former deputy, Riek Machar, in Morobo county.

Opposition officials also told Sudan Tribune that the town of Morobo actually felt under the full control of the SPLA-IO forces and their local allies on Friday.

The armed clashes involving the two rival forces in Morobo area pushed hundreds of civilians, majority of whom are innocent women and children, into neighbouring Uganda and the Democratic Republic of Congo.

But the government’s military spokesman, Brigadier Lul Ruai Koang, said he had not received an official report about the fighting or whether Morobo has been captured by the opposition forces.

“I am not aware of these developments. I have not been briefed,” army spokesman Brigadier Koang told reporters when asked to comment on reports about the fate of Morobo.

Koang said the security situation was generally under control despite what he referred to as isolated cases by criminals involved in banditry acts in some parts of the country where government forces have limited presence.

“We heard of the UN report about clashes in Lasu but we don’t [know] who were involved in that because we have no presence there. Our forces are not present in Lasu. So we don’t know who was fighting who,” said Koang.

Unconfirmed reports have in the past few days suggested that fighting to maintain and capture Morobo has intensified between government forces and the armed opposition forces. According to some reports both sides have brought in more reinforcements to maintain their positions and stronghold.

“There have been clashes in and around Morobo border town, but it has intensified on Monday morning and resumed on Wednesday and Thursday when the government forces clashed with gunmen in the area in two separate locations in northwest and southwest of the town,” a resident said on Friday.

A member of parliament representing Morobo at the national legislative assembly in Juba also confirmed the reports in an exclusive interview with Sudan Tribune on Friday and said some people from the area left Morobo town heading to Kaya, a border town between Uganda and South Sudan.

The legislator said the fighting intensified after the armed men managed to overrun a military base and pushed away the government forces, he said, have burnt all the buildings in Morobo military base.

Other local administrative officers visiting Juba confirmed that a military outpost guarding Morobo town was captured at dawn on Thursday by the heavily armed men, mostly suspected or believed to be the local youth who have taken up arms against the government after members of their families were either killed or arbitrarily being kept in detention by government security forces in the area.

“Those were angry youth acting out of emotions because their family members were either killed by the soldiers commanded by some rogue elements in our army or those whose parents and relatives were targeted and detained because they failed to report the activities of their sons or where they have gone. These acts have forced many civilians to flee their homes,” a local administrative officer said on Friday.

He claimed that some government forces who could not withstand the fight launched by the local youth have joined the civilian exodus. Some have melted among civilians in plain civilian clothes and are now heading towards Kaya on the Uganda border.

Many civilians as well have vacated the area in fear for their lives, because government security forces are targeting civilians in the area based on their ethnicities.

In similar development, Amadi area in Western Equatoria is reported to have seen heavy fighting between government forces and gunmen. Local officials have called for reinforcement of the presence of government forces, warning that the area could fall under the control of armed men because their activities have increased over the past few days on major supplying and strategic routes.

Meanwhile fighting was reported around Benitu town, the state capital of oil-rich Unity State. Local and state officials and armed opposition sources have traded accusations depicting the other to have initiated the attack on the position held by other in an attempt to derail the implementation of peace deal.

Renewed civil war has erupted after the 8 July violence at the presidential palace between the rival forces in the country.