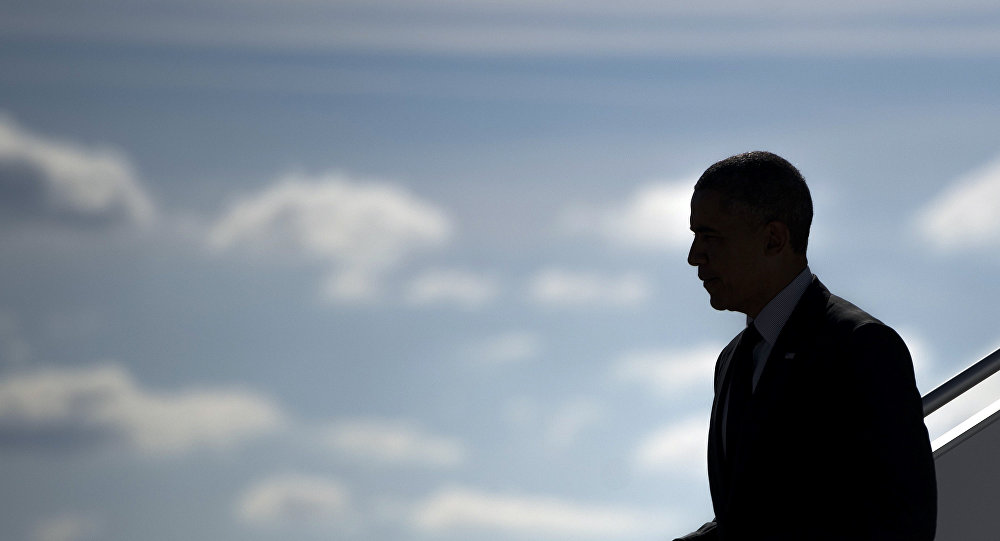 NAIROBI (HAN) July 31.2016. Public Diplomacy & Regional Security News. By Stephen Par Kuol. Skilled diplomats and students of international relations would contend that there is no single country on earth whose foreign policy has more successes than failures, and that certainly includes the United States, which by nature of its role in the world takes on the most daunting diplomatic challenges. Success or failure in Foreign Service often depends on the resources capacity (human and material) of the nation in question. The stark irony in the case of the United States is that it has a huge leverage over others in term of material and human resource capacity but its diplomatic performance leaves a lot to be desired. The diplomatic history of United States is littered with costly foreign policy failures with far reaching and dire consequences.

The United States Foreign Policy after World War II often failed to accomplish its objective and produced counter-productive results. From Vietnam to Angola, Korea, and Afghanistan, the Americans either prescribed wrong solution or failed to study the grime nature of the problem at hand. During the cold war, the United States foreign policy was guided by cold war against communism. As that receded, the United States confronted global terrorism. This war does not recede; it grows and as it grows, the United States is getting it wrong every day. As the history repeats itself, the diplomacy of this war is still myriad with a lot of strategic mistakes. In Iraq for example, the United States used some wrong intelligences to take a decision that defeated the very ultimate goal of combating terrorism. The unilateral military action taken by Bush Administration in violation of the United Nations Charter brought about permanent turmoil that has eventually produced ISIS.

A comprehensive review of American foreign policy towards Africa exposes a consistent lack of statesmanship, double standards, lack of preventive diplomacy and a disposition to defeat the very core values of American freedom and democracy. The irony of all ironies is the tragic fact that the United States has a long history of building dictators and terrorists that often cost more to oust once the policy makers in Washington realized that they are hazardous to the vital interest of the United States. By then, the permanent damage is done. From Sadam Hussien to Ben-Laden, Mumbuto Seazeko and Emmanuel Noriga, the United State has always been ripping what it has sawn at the expense of American lives and taxpayers’ dollars. For whatever mind-boggling reason, the United Sates often pays dearly to contradict what it values the most as a nation (freedom) and it has done that more in Africa than anywhere else in the world. Successive American leaderships have been maintaining that there is no American strategic interest in the continent.

The United Sate Foreign Policy in Africa has thus been dubbed as constructive engagement with Africa. This policy subtly resolves that Africa is a different place with its own human right and jungle political standards that must be left alone to evolve without heavy hand from the outside world. This has terribly worked against the cause of human right and the protracted war against terrorism in the second largest continent on earth.

The Democratic Administrations in particular have done more disservice to humanity in this continent. Even the two terns of Obama Administration have done nothing to deter the despotic behaviour of these dictators in this war-ravaged region. Until today, Washington has been talking the talk without walking the walk. In Washington’s best traditional practice, things are practically done about Europe and the Middle East but African affairs are just talked about.

The intelligence of the profession (diplomacy) teaches that, you don’t send your best to strategically none essential places. That is why the Obama Administration deployed two incompetent diplomats in the persons of Donald Booth and Molly Phee to South Sudan. These two diplomats have been approaching their assignment in a very fallible manner. The negotiation between the SPLMIO and Kiir’s regime took that long in Ethiopia simply because Donald Booth has totally failed to educate himself of the root causes of the conflict and resigned to bashing both sides for failure to implement the peace agreement which has been unilaterally violated by Salva Kiir and his Jieng Council of Elders in open defiance of all western empty threats. Those of us who worked with Ambassador Phee in Juba to implement ACRISS have known first hand that she has been miserably defeated by Kiir’s regime. As we witnessed during the recent evacuation, the malleable diplomat succumbed to Kiir’s hoodlums who humiliated American citizens in a broad daylight at Juba International Airport. Where on the planet -earth can you subject evacuation of your citizens to scrutiny by the same government they are escaping death and rape from? Only in Juba where the Ambassador of the United States is Molly Phee !

South Sudanese Americans will not forget that dreadful experience in which they were left to fend for themselves amidst turmoil. In any case, whatever the two diplomats represent in this region, we are terribly embarrassed as proud citizens of the United State. Beyond any reasonable doubt, this South Sudan conundrum is beyond their punch and capacity. Having failed the United States and the people of South Sudan, it is widely recommended now that the two should just pack their suitcases and go home. In the mean time, the United States must take quick and practical action to reverse this costly foreign policy fiasco in the Horn of Africa. In truth, it makes fool of the United States to appease fascist dictators who are purchasing lethal weapons from Russia and China to kill their fellow citizens while yearning for western financial aid at the same time.

In one of his usual undiplomatic blusters, Yoweri Museveni , the darling of the United States and number one recipient of USAID in the region uttered that, “Africa is not prepared for full blown democracy during our life time”. This notion has been driving the western foreign policy toward Africa for decades. This has been done in disregard of the fact that Yoweri Museveni has been fanning insurgencies in DRC and the genocides in Rwanda and South Sudan while practising the worst brand of African dictatorship at home in Uganda. For the worst part, Museveni is also supporting notorious Islamic terrorist organizations like Justice and Equality Movement (JEM) of the Sudan using Kiir’s regime as a conduit. This project of arming rebels with well known affiliation with international terrorist network does not only complicate resolution of the conflicts in the two Sudans but also poses eminent threat of breeding another brand of terrorism in the region.

This background verified that Yoweri Museveni does not have a track record of being a stabilizing factor in this region. If any thing, he has been the gent of destabilization. Unfortunately, Washington has been and is still putting its biggest bets on strong African men who give false sense of order while in reality sowing the seeds of future destabilization at home and in their surrounding regions. Yoweri Museveni is in a long string of fascists with whom Washington has disastrously waltzed. With the weight of the United States behind him, Yoweri Museveni has bullied every political force at home to servitude while coaching other inept dictators like Salva Kiir to destabilize South Sudan.

Presently, the American love affair with the Ugandan dictator is based on his opportunistic vow to fight Alshaba in Somalia and protect South Sudanese dictator Kiir who has committed genocide and practising Idi Amin brand of tyranny in the nascent nation. So the strategic line pursued by Washington in South Sudan and Uganda is deeply mistaken. This policy is crowned with utter failure as it has stooped low to supporting these red –handed fascists in both countries of Uganda and South Sudan. In the process, the United States has become an accomplice in commission of war crimes, crime against humanity (genocide) and violation of the international law on prohibition of weapons of mass destruction like cluster bomb they used on our civilian White Army in the year 2014.

The records must also be informed that through undeterred behaviour of the two fascist dictators (Kiir and Museveni), the United Nations Mission in South Sudan has been weaken and it is becoming a fiasco in its own right. As a result of its failed operations under Chapter 7, the UNIMISS will leave the country in worse chaos. That is why we are calling for higher mandate instead of this one that has failed to even accomplish its prime goal (protection of civilians). The United Nations Mission in South Sudan has been partly weaken by American impotent diplomatic engagement with Kiir’s Police State, which is now resisting a robust regional and international intervention to save lives in whatever is left of South Sudan. It is understandable that the world is not governed in the light of human right but the unfolding crisis in South Sudan will soon embarrass both the supper powers in the United Nations Security Council and the regional powers who have also been appeasing Kiir’s regime in the same manner. Hence, the word has been said that any cosmetic project to save Kiir’s face will back fire and cost more in term of human lives, material resources, humanitarian assistance and the economies of the neighbouring states including Ethiopia, Kenya, Uganda and the Sudan.

Hence, the downtrodden people of South Sudan are urgently calling for a robust and independent hybrid mission of the United Nations and the region in South Sudan to compel this fascist regime to implement the Agreement on the Resolution of the Conflict in South Sudan (ACRISS) or face radical regime change as the only way to rescue the people of South Sudan. Do that or do as per Princeton Lyman’s recommendation (life support solution). Any thing short of that is what I call Another US Foreign Policy Fiasco in Africa in general and in South Sudan particular.

The author is a former Deputy Ambassador of Sudan to Tanzania and a freelance writer. He can be reached by email through :kuolpar@yahoo.com