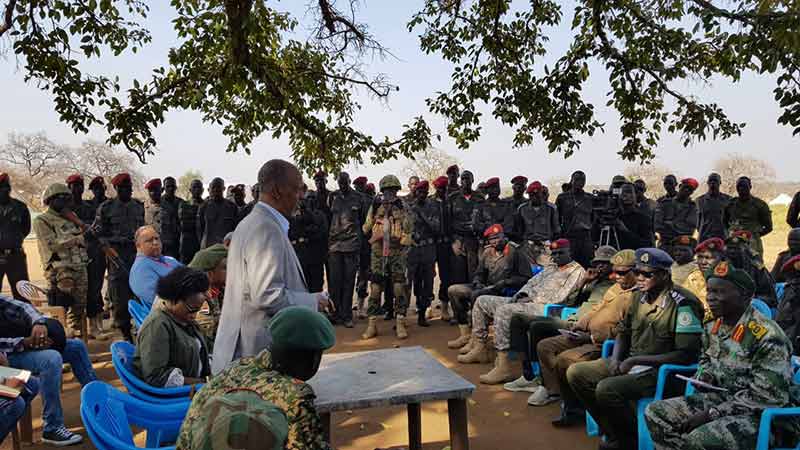 According to media reports, peace talks between the government of South Sudan and the holdout opposition group, the South Sudan Opposition Movements Alliance (SSOMA) resumed today 9th October, in Rome, Italy under the auspices of the Community of Sant’Egidio.

While every peace effort is something positive, there are already crises that threaten the Rome Process and or implementation of any final peace agreement that may come out through the mediation, as well as some parts of what has been agreed so far. 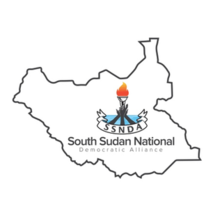 Though the crises are critical and revolve around media reports about a split or disagreements within the South Sudan United Front/Army (SSUF/A) and the South Sudan Opposition Movements Alliance (SSOMA), and though some of the media reports contradict each other, it is important that, for the sake of lasting peace in South Sudan, those crises be resolved amicably, if possible, with the help of the Community of Sant’Egidio.

The issues are around which parties make up the SSOMA? Who are the leaders make up the Leadership Council of SSOMA? What is the capacity (title) of each leader? How internal decisions including on power-sharing in government that may be allocated to SSOMA shall be reached? It is obvious that the parties that makeup SSOMA have different sizes of followers. Some have small, some have huge, etc. What share shall each party get in government once SSOMA is given a share? Those are issues that need clarity and transparency from now so that there shall be a smooth implementation of any agreement that may be reached. While the South Sudan Opposition Movement SSOMA first came to existence through the Declaration of Principles which was signed on August 30th, 2019 in The Hague, The Netherlands, which available in the public domain, other issues such as who are the leaders that make up the Leadership Council of SSOMA, have not been clearly (transparently) addressed or made available to the public and or the mediation, as well as some of the parties and relevant mechanisms. And that has been causing confusion. And those matters are political, as well as legal, and since the law does not apply retroactively, it is crucial that they are addressed, from before the peace process conclude (end).

If it is not their choice to break up, there is a need that they (SSOMA) including the parties that constitute it, resolve their differences amicably and then publish the Charter of the Alliance, and deposit it with the mediation and relevant mechanisms.

This opinion is informed by the failures or disagreements or breakups that happened within parties and alliances that signed agreements with the government before.

Currently, the individuals whether in government or outside who are working hard to cause confusion within SSUF/A and SSOMA are people who are not for genuine peace. They should be made to understand that lasting peace cannot be achieved through malice, deceit or conmanship, but through inclusion. Furthermore, any party should note that endorsing malicious or un-procedural actions of exclusion shall possibly set a precedent that may hunt any of them later in the years ahead. Some parties in the South Sudan peace process have already experienced that in the recent past.

Brief Background of the Rome Process

It should be recalled that it was IGAD Council of Ministers resolution on South Sudan of 10th November 2019, that directed the special envoy of South Sudan to engage with the non-signatories of the 2018 Revitalized Peace Agreement (R-ARCSS.) That was acknowledged in the Communique issued on 20th November 2019 in Rome-Italy after SSOMA held a meeting with the Community of Sant’Egidio.

What followed was the January 2020 ROME DECLARATION ON THE PEACE PROCESS IN SOUTH SUDAN, whereby the Government of the Republic of South Sudan and the South Sudan Opposition Movements Alliance (SSOMA), with representatives of SPLM/A-IO and NDM as witnesses and IGAD as an observer, after holding their first official engagement under the auspices of the Community of Sant’Egidio in Rome, made a number of declarations, including one which says the signatories are: “CONVINCED that the current conflict in the Republic of South Sudan requires a comprehensive political engagement in order to achieve inclusivity and sustainable peace with the non-signatories to the R-ARCSS. In this regard, AGREED that the dialogue shall continue under the auspices of Sant’Egidio in consultation with IGAD and with the support of regional organizations and the international community.”

So, in the spirit of achieving inclusivity and sustainable peace, which they all agreed to, the non-signatories to the Revitalized Peace Agreement (SSOMA and their constituent parties) probably need not to encourage or endorse some of the ongoing confusion among themselves.

Monitoring and Verification of the Ceasefire Agreement

Still on the Peace Process, came The ROME RESOLUTION ON MONITORING AND VERIFICATION OF Cessation of Hostilities Agreement 2017 signed after the Government of the Republic of South Sudan (GRSS) and the South Sudan Opposition Movements Alliance (SSOMA), pursuant to paragraph 9 of the Rome Declaration of 12 January 2020, held the second consultation meeting on monitoring and verification mechanisms, with the presence of delegations from SPLM/A-IO, NDM, FDs, and some representatives from the OPP, with RJMEC, CTSAMVM, UNMISS and EU as observers, under the auspices of the Community of Sant’Egidio in collaboration with the IGAD Special Envoy for South Sudan, in Rome, Italy on 12th and 13th February 2020.

The February 2020 Rome Resolution provides for representation of SSOMA into the Ceasefire Transitional Security Arrangements Monitoring and Verification Mechanism structures, and for joint monitoring of compliance of the parties with the cessation of hostilities agreement.

I have been informed, and that was featured on my show, The Weekly Review Making Sense of Relevant Topics and News (https://web.facebook.com/sawasawasouthsudan/videos/367157070967613), that in their virtual meeting of April 23rd, 2020, IGAD Council of Ministers approved that SSOMA is represented in CTSAMVM. I was also informed that it was the impact of Covid-19 pandemic derailing the representation of SSOMA into the CTSAMVM, however, perhaps there are other reasons.

Therefore, in collaboration with Igad, the Community of Sant’Egidio, and all the parties and relevant bodies involved, SSOMA and the parties that make up the Alliance should put their house in order and be able to send their representatives to CTSAMVM so that Cessation of Hostilities Agreement is jointly monitored and clashes/violence are avoided or minimized, as dialogue is pursued.

This is even in the spirit and letter of The January 2020 ROME DECLARATION ON THE PEACE PROCESS IN SOUTH SUDAN, in which, the signatories, agreed that they “SOLEMNLY declare to commit/recommit and adhere to the Cessation of Hostilities Agreement (CoHA) of December 2017 to avoid any further armed confrontation across the country by the signatories and non-signatories so as to create a conducive environment for dialogue to resolve the conflict.”

Roger Alfred Yoron Modi is a South Sudanese journalist and the author of a new book Freedom of Expression and Media Laws in South Sudan, available in South Sudan and Bookshops in Nairobi and also online (on Amazon). He’s the Producer and Host of The Weekly Review: Making Sense of Relevant Topics and News, a program of Sawa Sawa Network and available on Sawa Sawa Network Facebook Page and YouTube Channel. Roger is also a former Editor-in-Chief of Radio Bakhita and former Managing Editor of Juba Monitor Newspaper. He can be reached via his email rogeryoron@gmail.com or twitter handle @RogerYoronModi