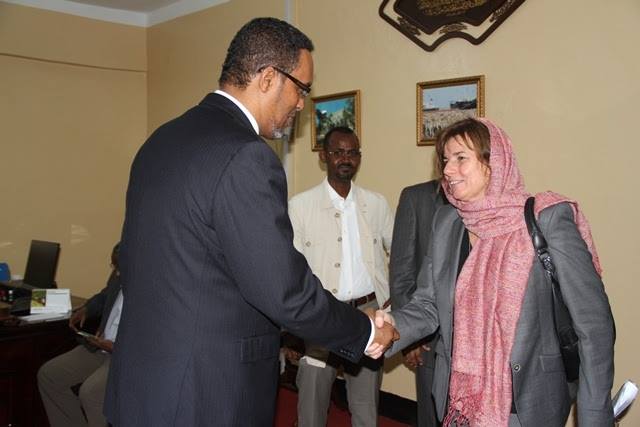 Share on Facebook
Tweet on Twitter
MOGADISHU (HAN) September 16.2016. Public Diplomacy & Regional Security News. Somaliland politicians and traditional leaders Thursday threatened to pull out from ongoing electoral process if complaints are not addressed.
The Somaliland politicians move might add to a host of hurdles ahead of the 2016 Presidential election scheduled for 30th of October, 2016.
In a position paper dated September 14, 2016 but disclosed to the media by Thursday, Somaliland politicians and 20 elders, five ministers serving in outgoing government and the Deputy Prime Minister Mohamed Omar Arte objected to the last National Leadership Forum (NLF) communique in which both Puntland and Somaliland retained equal number of seats (11 each) in the Upper House of Federal Parliament.
“It is unfortunate that the leadership forum agreed a unilateral decision, which is not a solution to the standing differences and problems; therefore we hereby clarify to the National Leadership Forum (NLF), Electoral Teams, and International Community representatives that there is a travesty in the allocation of seats in the Upper House whose distribution lacks baseline, second since five-region Somaliland and Puntland which is composed of two regions and a half hold equal proportion, the NLF failed to justify what kind of a baseline they used and where Somaliland’s five constitutional seats have gone,” read the statement.
The undersigned politicians and elders threatened that they will withdraw from the electoral process if demands are not met.
Read the Official Press Release attached Document: