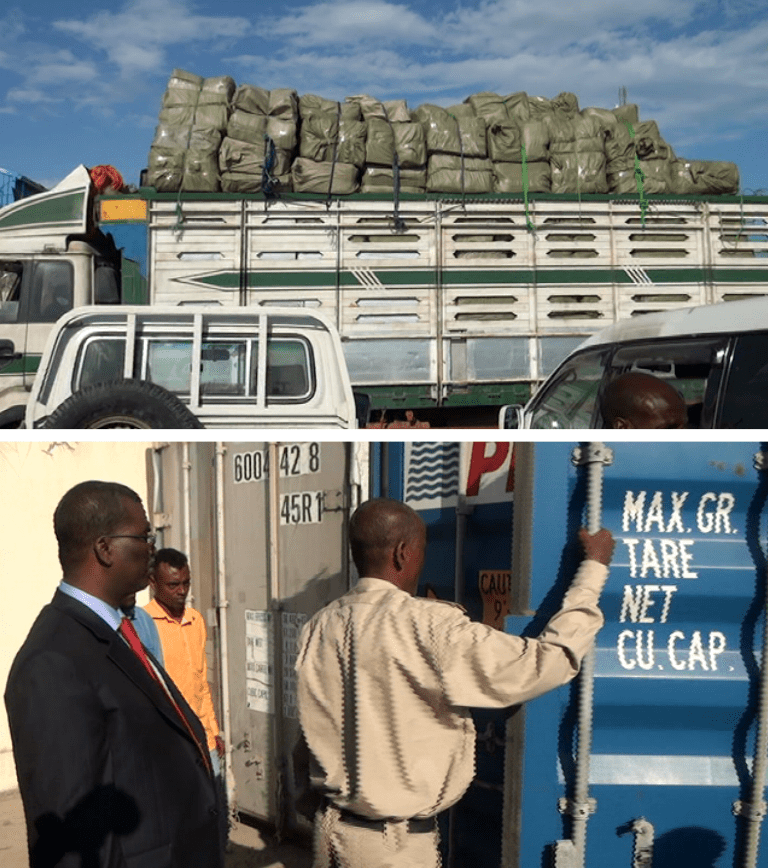 Hargeisa (HAN) January 2, 2015 – Public diplomacy and Financial crime news. How terror funds from all over the world would be wired to Nairobi?

By Christine Mungai of MailGuardian.  Kenya banned fifteen NGOs accused of funding terrorism, as Uhuru’s government struggles to defend itself from attacks by the Al-Shabaab terror militia based in neighbouring Somalia. The charities, mainly based in northern Kenya and the Coast where the bulk of attacks have happened, were not named but had their assets seized and accounts frozen. The country’s NGO board said the decision followed domestic and international investigations on the charities.

Despite Kenya sending in its troops into Somalia three years ago to flush out the al –Shabaab militants, its weakest link is back home – Kenya itself has always been attractive as an operating base for terror groups in Somalia, particularly for fundraising and chanelling money from abroad.

A 2011 report by the UN’s Monitoring Group on Somalia documented how terror funds from all over the world would be wired to Nairobi, which acted as a financial hub for such transactions, and on to Somalia.

Last year, a similar crackdown in the UK had 250 money transfer companies put on notice by Barclays, the only major British bank handling money from these companies.

In May 2013 Barclays said it would close the bank accounts of the money transfer companies as part of a drive to meet stricter money laundering rules. But aid agencies criticised the move saying it would cripple operations in Somalia, which relies on such companies to send remittances from abroad in the absence of a formal banking system.

Sukuk is the thing: Money transfer companies in the UK move at least a third of global remittances to Somalia, estimated at $1-1.5 billion a year.

The biggest company targeted, Somali remittance company Dahabshiil, obtained an injunction from the High Court in London blocking the decision. In April 2014, the two settled out of court with Dahabshiil agreeing to shift its accounts to another banker after a transition period; it is unclear whom the company is currently banking with.

However, even as cracking down on the financiers of terror unfolds, there is a very different story unfolding in Africa, and the world, with regards to Islamic finance.

Over the past few years, Islamic finance products have quietly been gaining in popularity across Africa, shifting from being seen as a niche product for Muslim communities to increasingly regarded a mainstream source of financing for governments.

Sukuks are asset-backed securities, not debt instruments, and they work by the investor owning a share of the asset as well as in sharing in the risk.

For example, if you are building a dam, the sukuk issuer gives you money to build but also owns a part of the dam, and you pay him back in the future by buying out his share (at its future value). In the meantime, he is entitled to a share of the profits.

This arrangement skirts the charging of interest, which is prohibited by Islam, but manages to make a business case for the lender.

However, with sukuk, the initial investment isn’t guaranteed; the sukuk holder may or may not get back the entire principal (face value) amount. That’s because, unlike conventional bond holders, sukuk holders share the risk of the underlying asset.

If the project or business on which sukuk are issued doesn’t perform as well as expected, the sukuk investor must bear a share of the loss.

By contrast, conventional debt holders do not have a stake in the ownership of a project, and so are insulated from loss if things go awry – in fact, they seize and auction assets to recover their debt.

This structure has been seen as an ethical alternative for financing in the wake of the global financial crisis, where banks on Wall Street were simply interested in closing deals and taking home their bonuses, without a care for whether the contracts they had arranged were financially sound.

The asset-backed nature of sukuk that make it particularly suited for infrastructure projects because they require cash flows to be generated from assets like toll roads or real estate.

In the next few years, Africa is likely to tap the sukuk market to plug its $31 billion infrastrucuture needs, mainly in the power and transportation sectors. At the end of 2012/13 the global market for Islamic finance was worth around $1.3 trillion.

There are over 700 Islamic finance institutions in the world, and 45 of these have a presence in Africa, and its share is growing.

Given the slowdown of advanced economies, Africa’s funding needs may be supported by attracting investors from the Middle East and Asia.

South Africa joins the queue:  Sudan is the only country in Africa to restructure its economy and financial system so that it is sharia compliant, but even in non-Muslim majority countries, Islamic financing instruments are increasingly attractive to governments.

In September, South Africa issued its debut $500 million sukuk bond in the international capital markets to broaden the country’s investor base and diversify funding for infrastructure, according to a statement from the South African Treasury.

The lead arrangers for the transaction were BNP Paribas, Kuwait Finance House Investment and Standard Bank Group. South Africa becomes the third non-Muslim country to sell government debt that adheres to Islamic law, after Hong Kong and the UK.

In 2013 Nigeria’s Osun State raised $62m with a seven-year sukuk issue, and Kenya is said to be mulling raising similar bonds targeted for investors from the Middle East and Asia.

Photo: Security claims that a shipment of bombs, suicide vests, military uniforms and combat boots to the financial services company Dahabshiil has been intercepted in Mogadishu Port, Somalia